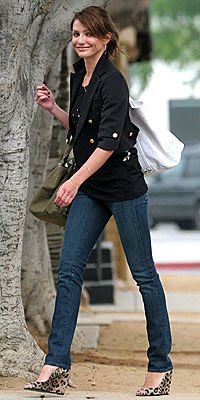 the woman needs no introduction. cameron diaz is 36, has acted in everything from kiddie classic shrek to chick flick favorite the holiday, and has a smile and a body that many would kill for. her fashion picks on and off the red carpet — think minidresses galore — are perfect inspiration for the warmer weather ahead. (above, stepping out in pierre hardy wedges.) 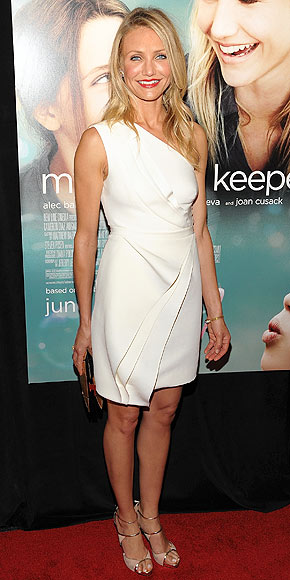 rocking an asymmetrical j.mendel dress and blush pierre hardy heels at the new york premiere of my sister’s keeper. 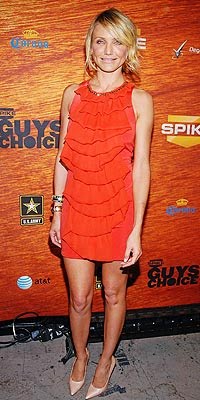 sporting a punchy orange in 3.1 phillip lim at spike tv’s guys’ choice awards in 2008, where she won the “decade of hotness” award. well-deserved, no? 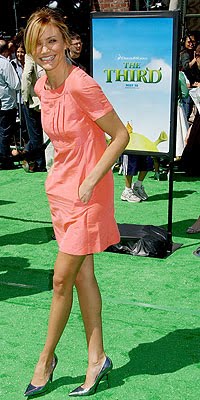 cameron opts for a playful pink chanel minidress for the premiere of shrek the third. 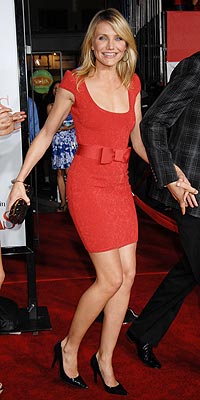 one of my favorite looks: a demure zac posen sheath for the 2008 premiere of what happens in vegas. 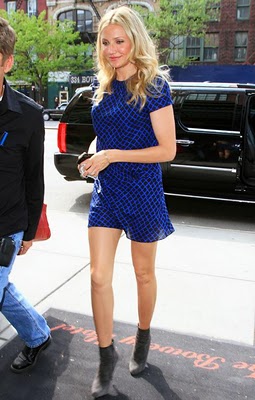 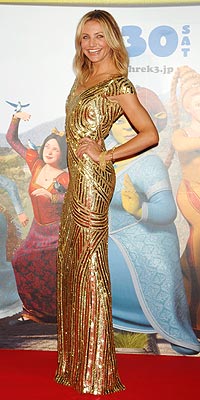 radiant in alexander mcqueen at the tokyo premiere of shrek the third. 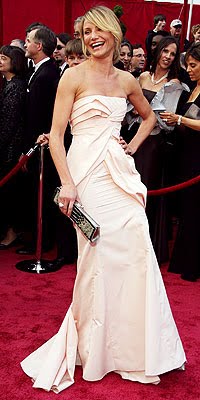 keeping the accessories to a minimum in a john galliano for dior dress at the 2008 oscars. 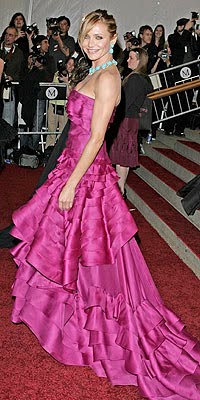 one of her most daring looks: paring a magenta dior gown with turquoise jewels for the costume institute gala at the metropolitan museum. 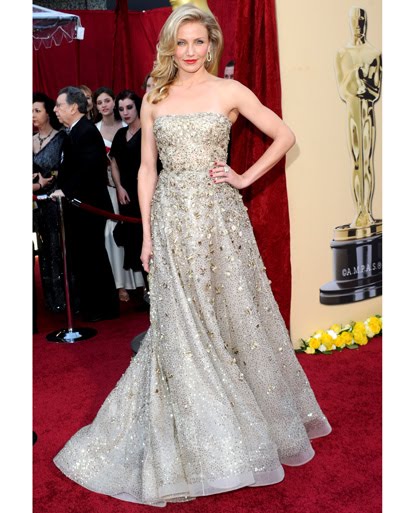 stealing the spotlight in oscar de la renta at the 2010 oscars.
{photos via day old news, in style, and people.}