You may have noticed a number of bloggers participating in a little movement called “Things I’m Afraid To Tell You.” It started with this post on Makeunder My Life and expanded with this post on Creature Comforts. I sort of did a version of this here but when Meg emailed me about participating in a second wave of posts, you can bet I hopped on that bandwagon! So without further ado, some things I’m afraid to tell you… 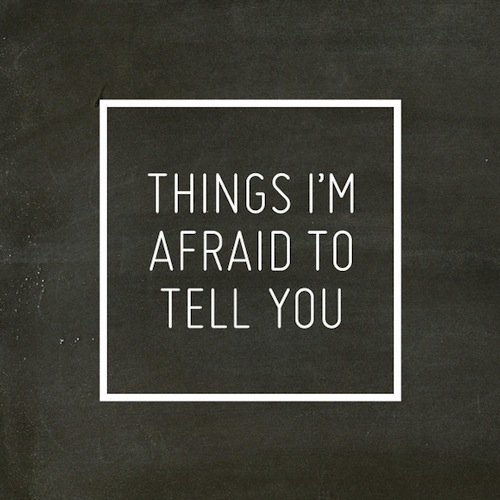 I have no idea when I’ll be moving out. I’m lucky to live within an hour of New York and even luckier to have parents who put up with having me at home. Inventory for the boutique used to be stored in the closet off my bedroom but as I’ve added new arrivals has taken over the dining room… which means wherever I move will likely have to have an extra room to house it all… which is totally unrealistic. Unless…
My dream for the next few years is to organize an office space for fellow creatives who run their own businesses. Bri does this in Los Angeles and Erin has a similar set-up in Boston. To be able to store my inventory outside my home and to stop working when I leave the office sound pretty great right now!
Running a small business is stressful. Behind the new arrivals and pretty Instagrams, there’s a 22-year-old girl who’s trying to figure it all out as she goes. I still feel a little surge of joy every time a new sale comes in… but also a little surge of anxiety every time I have a slow sales day. But compared to what I was doing eight or ten months ago? I wouldn’t trade it for the world.
I take things personally. An anonymous comment, an upset email, or a tersely worded text message have all made me cry at some point or another. I wish I weren’t so sensitive but I also like to think it makes me more empathetic.
I worry often about not being “enough.” I’m not creative enough. My blog isn’t big enough. My sales aren’t strong enough. I’m constantly having to remind myself that nothing good can come of that train of thought — and this series in particular has helped me see how many of those people I compare myself to are actually feeling the same way.
– – –
Well, there you have it! I hope I haven’t scared you off by keeping it real. And if you feel so inclined, leave a comment below sharing one thing you’re afraid to tell!

40 thoughts on “THINGS I’M AFRAID TO TELL YOU”