The career spotlights have become one of my favorite features on Design Darling, not just because they actually require me to change into real clothes and leave my apartment but because they really seem to resonate with a lot of you. I tend to gravitate toward female entrepreneurs but today’s post is a little different — in a good way — in that I’m casting the spotlight on someone whose job typically plays out behind the scenes. Meet Emily Karpin, the director of communications for Benchmarc, a New York-based restaurant group founded by world-renowned chef Marc Murphy and his wife, Pamela. I loved getting to chat with her about the intersection of food and social media (and, you know, getting to try a few of the dishes at Landmarc — yum). For all of you interested in pursuing communications, event planning, or anything in the restaurant industry, I think you’ll love hearing what Emily has to say! 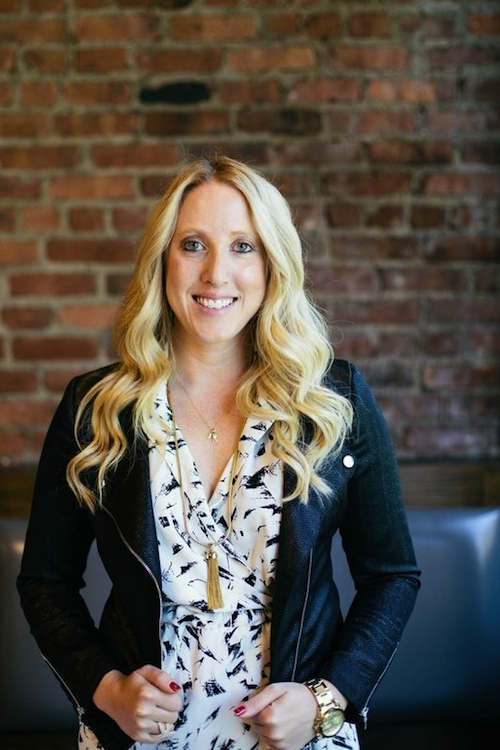 Tell me a little about how you wound up in event planning and the restaurant industry. Is this something you’ve always wanted to pursue?

I actually originally wanted to be an entertainment attorney in Beverly Hills! After college, I took the LSATs and moved to San Diego to be a paralegal. I was miserable so I left that to get into events. I had studied abroad in Greece in college and really wanted to go back to Europe and travel so I applied to a program in London and got a job working in client services at a law firm. After a year of that, I moved back to New York knowing that, if I was going to change my career, now was the time. I took a job as a marketing manager in Union Square, trying to market the neighborhood’s restaurants and various events in the park. I worked my way up over the course of three years but I really wanted to make a career around food and wine. So at 27, I started going to Barnes & Noble on my lunch break to highlight jobs in magazines and scour LinkedIn for potential opportunities. Finally, after a lot of nos, I heard about this job and Pamela and Marc took a chance on me. The rest is history! 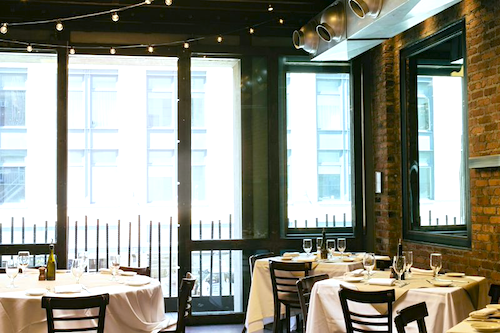 It sounds like you’ve experienced a wide range of office environments. How would you describe the culture at Benchmarc or in the restaurant industry in general?

It’s certainly more relaxed than a corporate law firm! There are no cubicles, only open seating so everyone can talk freely and work together. What’s great about the restaurant industry is that it’s a lifestyle — you really have to love it. I love getting to work with people who love what they do. I mean, you spend more time with the people you work with than your significant other so it’s important to surround yourself with an amazing group of people.

That’s such great advice. What exactly do your job responsibilities look like?

I head up all of the external communications and social media for the restaurant group and Marc as a celebrity chef. One day I could be in the office working with publications getting quotes from Marc. Another day he could be on the Rachael Ray show. Anything that Marc or the restaurant is doing, I’m right there, whether it’s the Food Network or a charity function. It makes it really fun because as Marc’s career grows, mine does too. Right now we’re working on a cookbook! 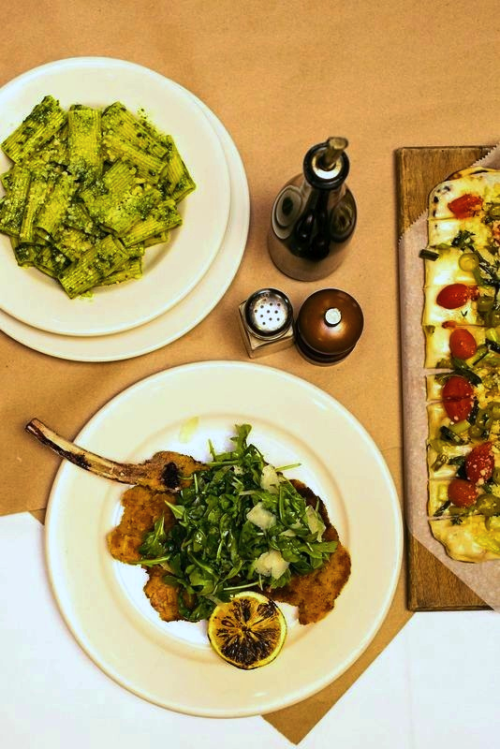 What kinds of charity work does your group do?

Marc is involved with No Kid Hungry, a national organization that works to end childhood hunger. On a local level, he works with City Harvest, a food rescue program that delivers leftover food from restaurants to New Yorkers. He’ll literally go into what we call “food deserts” and teach lower income families how to stretch their dollar to afford fresh produce.

That must be so rewarding. And then on top of that, you’re also running social media for each of Marc’s restaurants?

Yes! Landmarc is a French bistro with Italian influences and has two locations, one in TriBeCa and one at the Time Warner Center.. Marc’s dad was an American diplomat so Marc developed a taste for food at a very young age! Then Ditch Plains taps into his more casual side — it’s more of a surf shack with lobster rolls and fresh seafood. Kingside is our partnership with the Viceroy, Marc’s take on new American. And then we have a catering arm called Benchmarc Events where we do in-house events and weddings.

I can’t believe you juggle all of those different entities! What’s one pinch me moment you’ve had so far?

This past April, Marc was invited to the White House to do a demo with Michelle Obama. So I got to work with the White House to coordinate the event. It was such a crazy moment: Marc Murphy is on stage with the First Lady and I’m right here taking photos! 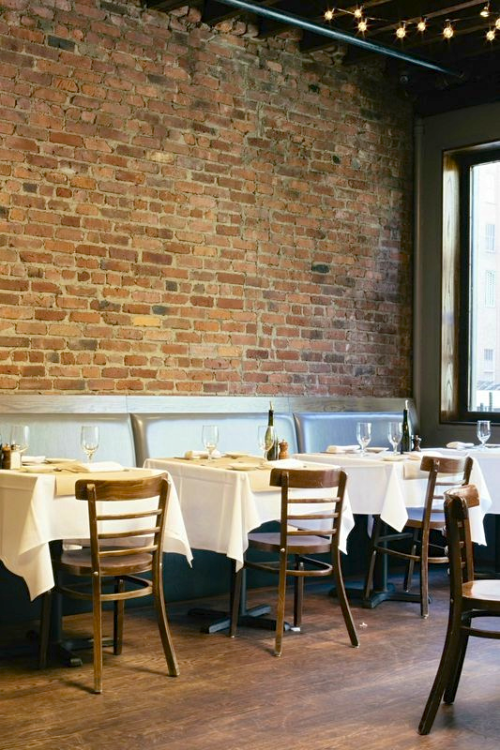 I mean, how many people get to say they’ve seen the First Lady do a cooking demo with their boss?! What are some of the other goals you’re working on?

I would love for him to do another TV show or open a restaurant in another state. Marc was born in Milan and speaks Italian so an international restaurant would be amazing!

You’ll have to keep us posted! What advice do you have for readers who are interested in a similar career path?

Be persistent. A lot of people are going to tell you no, but all it takes is one person to read between the lines and see what experience you have that could transfer to a new role. Pamela and Marc did that for me and do such a great job investing in their employees — their people have been with them from day one. I feel really lucky to love what I do. Having bad jobs was a learning experience and it’s definitely hard to keep the faith when you’re hating your work but it makes me really appreciate where I am now.

Keep up with Emily and Landmarc Restaurant: