I’m so glad you are all just as excited as I am about the one room challenge! (Here’s week one in case you missed it.) In the past week, we’ve moved in a vintage Chesterfield sofa that I found on Craigslist and brought over a striped rug that just wasn’t working in my apartment. So far, so good! 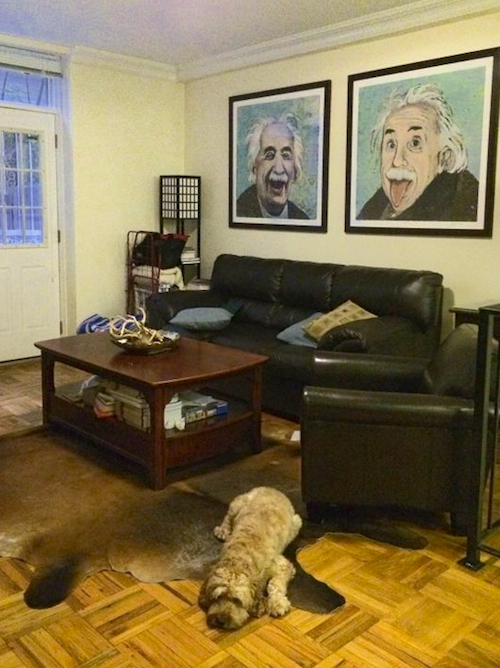 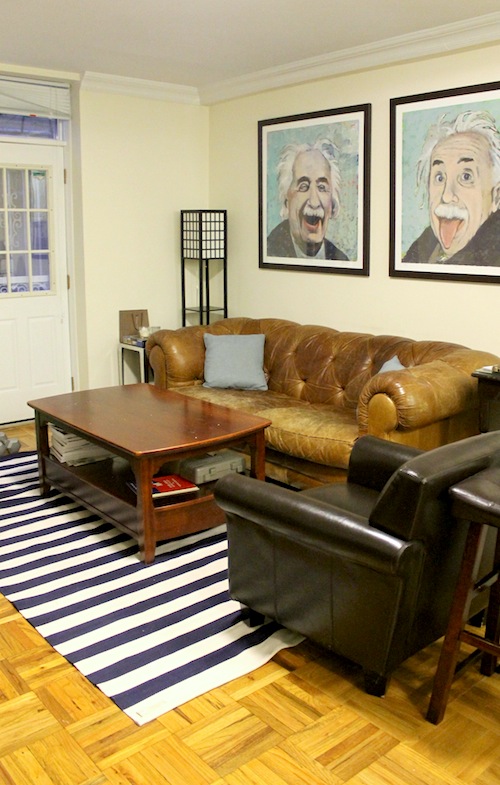 We also assembled a book tower to display the boys’ favorite reads, which had previously been piled on a second shelf underneath the coffee table. Never mind that Will and I decided to tackle this project after midnight on a Friday… Is this what being an adult feels like? 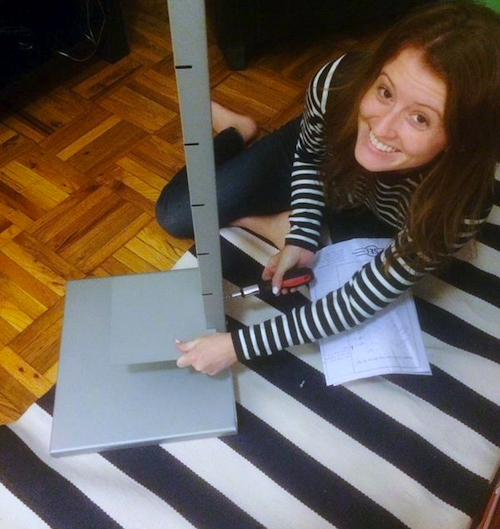 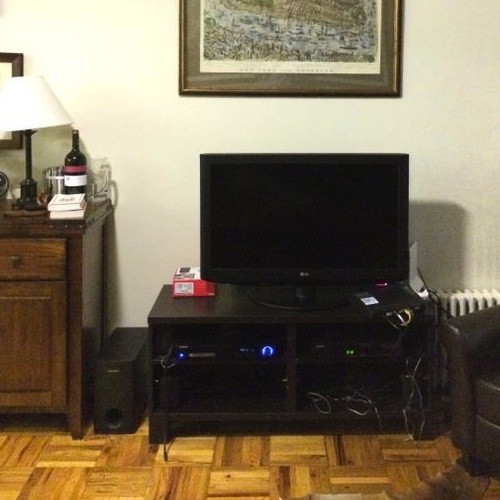 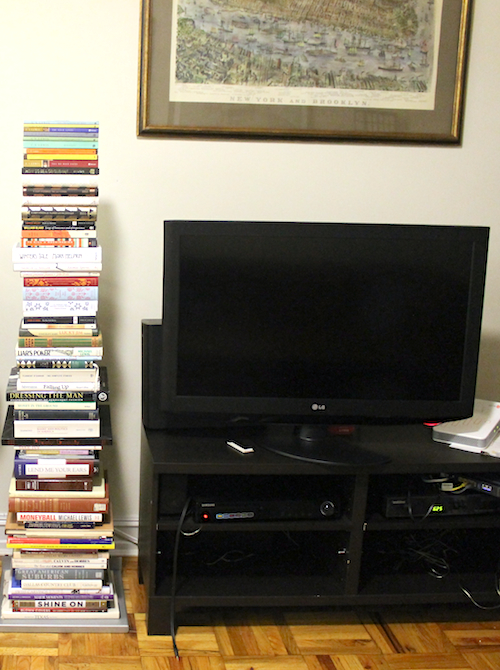 We’ve also been making decisions about which art pieces to relocate from their bedrooms to the living room for a gallery wall behind the television. And we’ve ordered three pieces of furniture that I think will make a huge difference in making this space more grown-up: the Malone dresser from West Elm as a perch for the TV and additional storage and these two Baxton Studio Cortland chairs from Joss & Main to replace the dark faux leather armchairs they have currently. The bar that I originally wanted to paint is super bulky and doesn’t really fit anywhere in the room so we’re going to sell it (and the old chairs) on Craiglist (are you sensing my obsession?) to cover some of the costs of new pieces.

The one thing we’re really hung up on is the coffee table. Mike, Will, and I all agree that it’s time for an update (the current piece is a college hand-me-down) but it seems everything I suggest is “too girly.” I thought an acrylic trunk would be awesome (more modern, wouldn’t take up visual space, would reflect a little light…) but the boys agreed that no straight man would ever purchase that on his own… And when I think about it that way, I realize they’re probably right. Here are a few we’ve considered: 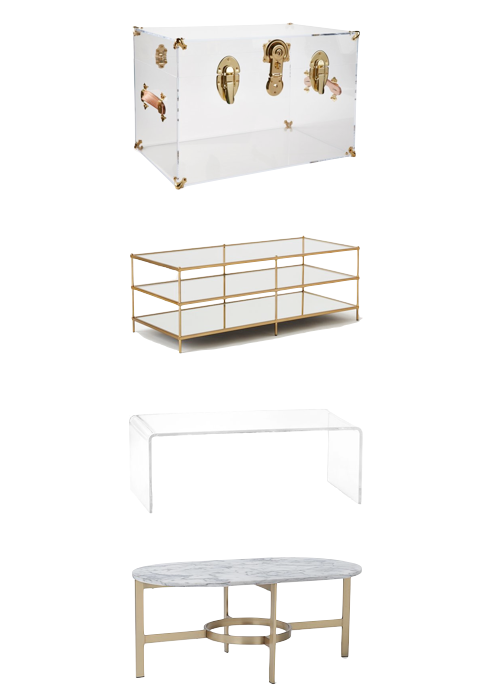 Will and I have been mindful of choosing pieces that we both love since they’ll likely wind up in a future home that we share (and Mike is down for whatever… I keep telling his girlfriend how lucky she is ;)) and we don’t want to buy a coffee table that we don’t love just because it will work in this one apartment. So we’ll keep scouring One Kings Lane in the hopes of discovering something that’s just right…!

There’s still a ton to do: finding the right coffee table and bar cart, painting the Albert Einstein frames, figuring out window treatments, hanging the gallery wall, installing all the furniture… It’s going to be a busy month! Check back next Wednesday for an update from week three and don’t forget to check out the other participants’ updates below.