It’s week four of the one room challenge and I’m a leeeettle overwhelmed at how much has to happen in the next two weeks to be ready for the big reveal. Let’s start with what’s happened in the first four weeks in case you need a refresher.

Week one: before pictures

And here we are in week four. This week was a bit lacking in progress since I was in Charleston all weekend but, with a couple late nights (Will, you are the ultimate good sport!), we managed to assemble the new bar cart, decide on a coffee table, and move in new lamps. I hope you dig it as much as we do! 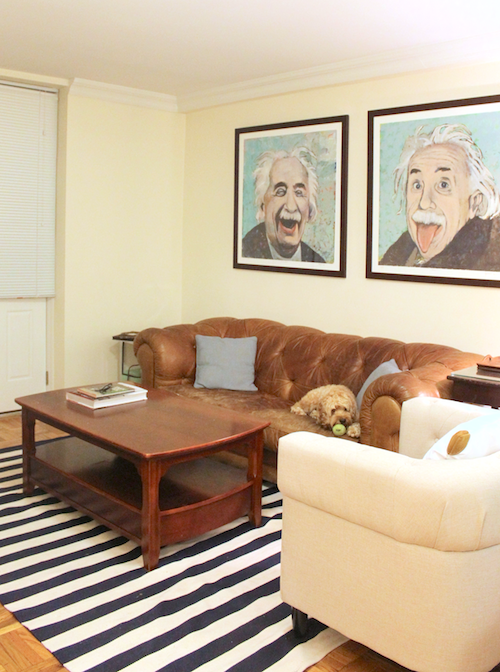 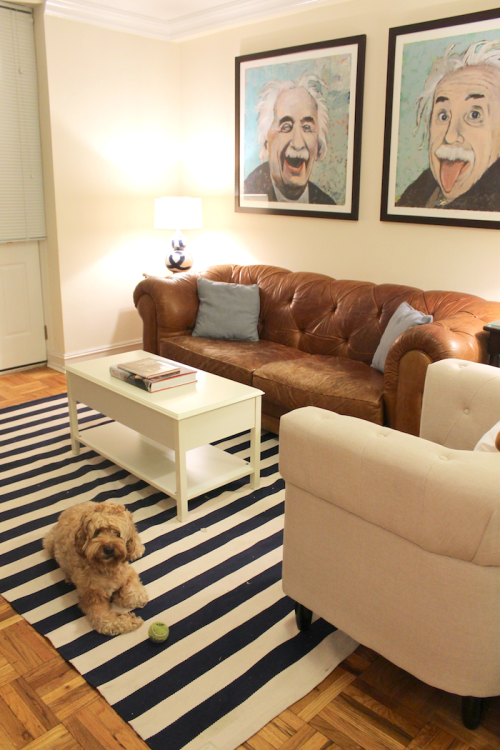 We are both obsessed with this bar cart. It’s actually a two piece tray table from West Elm that’s available as a mirrored tray top and matching X leg base. We saw it in their Chelsea store in the city and instantly knew it was perfect for Will and Mike’s space. I had a 15% off coupon (and may or may not have used my long-expired student ID for an extra discount… shhh) so it wound up being a pretty good deal. I think it looks like it could be a $1,000+ piece from Ralph Lauren so I was pretty pleased! Both the scale and shape are to die for. 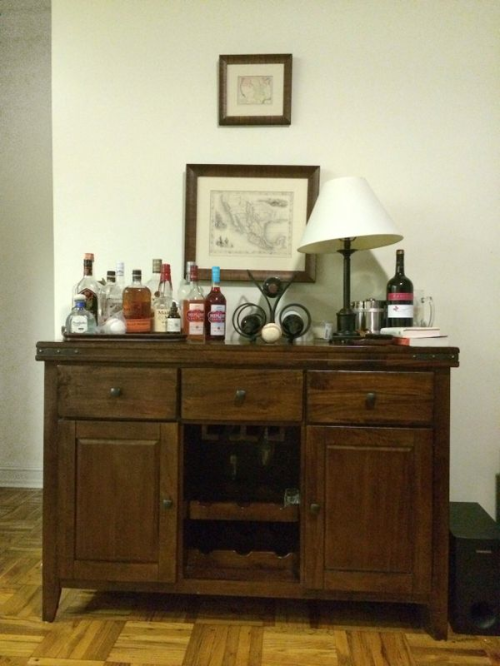 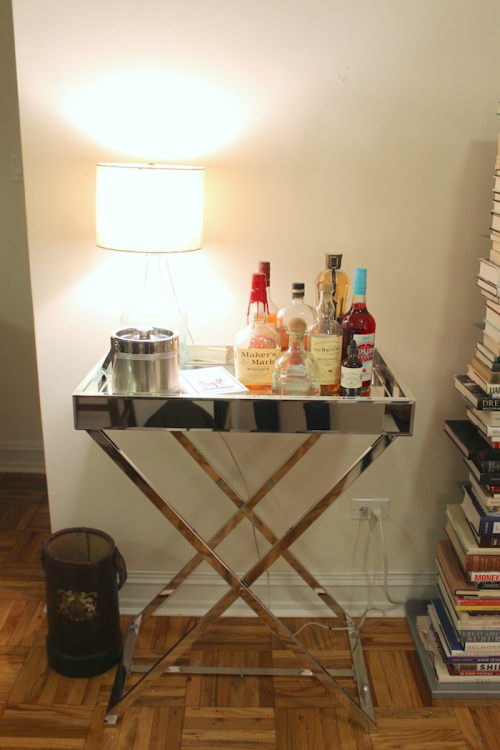 As you’ll recall, the coffee table has been quite the subject of debate since we started this challenge and I wish I had a more exciting conclusion. But we were having a really hard time finding something that was JUST right for this room so we decided to save money on this one and order this plain white option from Target. Is it our favorite piece in the room? No. But the price was right and it’s brighter than what was there originally… so we’re going to go with it and accept that it’s one of the few pieces in the room that we’ll probably have to replace in a couple years. Truthfully I think we’re both excited to just have this crossed off our to do list so we can move on to the fun stuff. 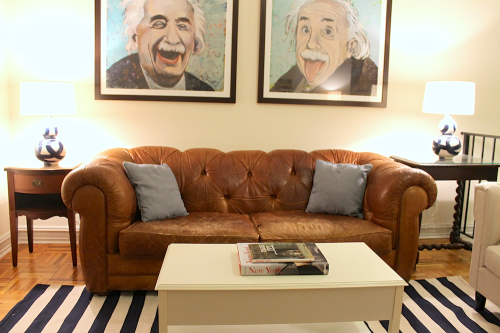 Speaking of fun stuff, how killer are these Jana Bek brushstroke lamps? I’ve been following Jana on Instagram for about a year now and I just adore her bright and colorful style. I knew we had to work her hand painted lamps into this space and luckily Will loved them as much as I do. (You’ll be able to shop them at Design Darling soon!) Jana describes them as an “instant heirloom” and I just love that mentality. And of course you can’t go wrong with navy and white. 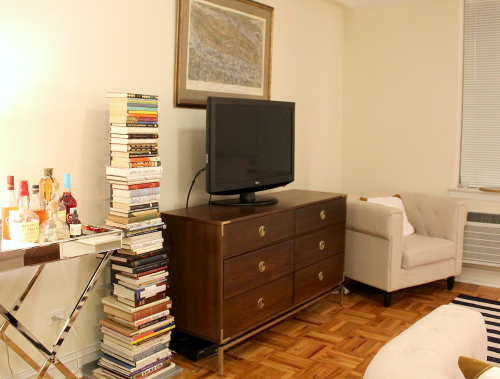 So next week I’m hoping we’ll have made some major progress on the gallery wall. All the art pieces have been arriving one by one and I am so excited to see how it all comes together. Between pieces Will already owned and works that we’ve purchased together, I know it’s the start of a collection that we both really love and intend to stare at for many years to come. Art is really the icing on the cake in any space and I’m so excited to gussy up these off-white walls and turn them into something special.

Peep my fellow challengers’ spaces below — and let me know which spaces are your favorites so far!