I’ve been trying to figure out how to structure this post for a couple weeks now. Tips for an easy move? How to stay sane while packing up your entire life and combining it with your boyfriend’s entire life and remembering everything for the dog too? How not to kill each other on a 1,600 mile drive in a 26-foot truck with a broken radio and lousy air conditioning?

The truth is that our recent move really wasn’t that easy, and that I’m not (nor do I aspire to be) an expert on moving, and that I’d rather stay in our house for 10,000 centuries before even thinking about packing it up all over again in a few years. Everyone says moving is the worst and frankly they’re right. So instead of any sage wisdom, here are seven lessons learned, some things I think we did right, and some things I’d do differently. 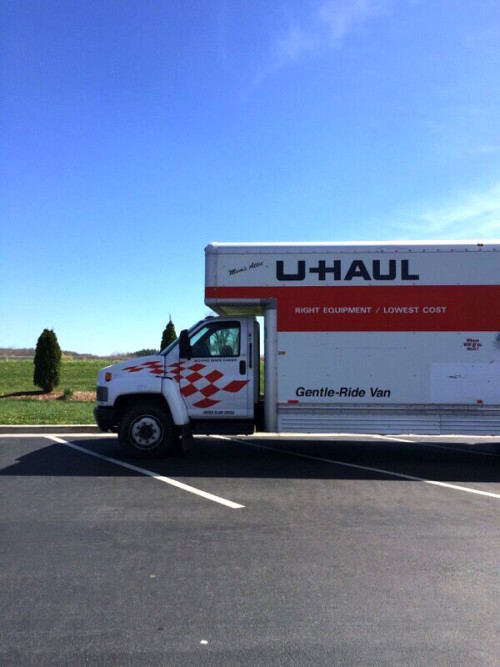 1. Driving our own truck was an awesome decision, even when it wasn’t.

Will had a relocation bonus from his new job that probably would have covered most of our moving expenses. But after calling a bunch of different moving companies for quotes, we realized two things: 1) it’s exorbitantly expensive to hire people to drive your stuff and 2) apparently they need between two and three weeks for what’s really 24 hours of actual driving. Because we were transporting not only our own belongings but the inventory for my online boutique, having that inventory stuck on the back of a truck somewhere for three weeks while I couldn’t ship a single order wasn’t really an option. So we resolved to drive ourselves down in three days, splitting the drive into three roughly eight-hour driving days and crashing at hotels in Virginia and Tennessee to break up the trip. We tackled the actual moving in parts, hiring movers to empty both of our apartments in the city, to load up the truck at my parents’ house in Connecticut, and to unload everything into my office and our house once we got to Dallas. While there were moments on the drive down that I’d really rather forget, I’m happy knowing we saved thousands of dollars and a ton of time by doing the driving ourselves.

P.S. If you’re curious, I was pretty nervous about driving a truck that big and did a lot of needless googling (kind of the moving version of WebMD-ing) before we left but we really did get the hang of it. If that’s your biggest obstacle to renting and driving your own truck, I promise you’ll figure it out. 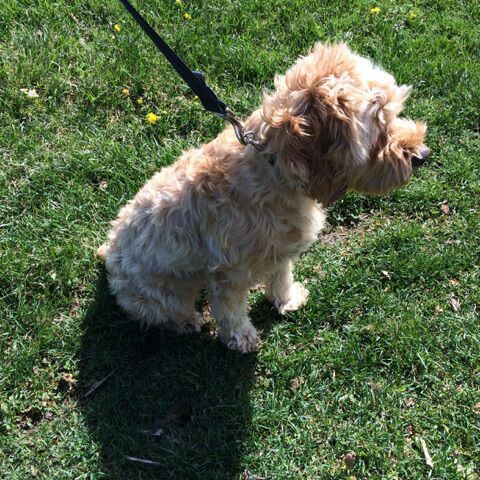 2. If you’re driving yourself, book hotels ahead of time.

Two things here (remember I told you I couldn’t figure out how to structure this post). I would have loved to research the hell out of this road trip, pick cute pit stops along the way, take pictures at every new state welcome sign, etc. The second I got inside that truck, though, I really just wanted to get there as soon as possible. (If you want to get fun and plan out activities to look forward to, I really enjoyed messing around on roadtrippers.com.) The one thing I planned ahead of time was booking hotels for the end of each day. I called a bunch of hotels to make sure they could accommodate both our dog and parking for a massive truck. It also gave us a light at the end of the tunnel each day (mapping from Connecticut to the corner of Virginia is infinitely less depressing than mapping from Connecticut all the way to Dallas!).

3. Movers are a godsend.

I moved out of my apartment when my lease was up at the end of February and Will moved out of his apartment at the end of March. In between, we stored my stuff (and inventory) at my parents’ house in Connecticut. When we came back from Europe in early April, we had all of our combined belongings waiting in my parents’ garage for movers to load onto the truck. You could not have paid me all the money in the world to do that heavy lifting ourselves (and it only cost a few hundred dollars each time). Once we got to Dallas, we unpacked my inventory (which they’d packed closest to the door of the truck) into my office space the day we arrived and unloaded the boxes and furniture for our house two days later once we’d shipped most of my pending orders. Having a plan and a team of guys helping us at points A and B really made everything in between worth it.

P.S. We booked our truck on uhaul.com and used movinghelpers.com to reserve the cheapest/highest reviewed movers in each city. 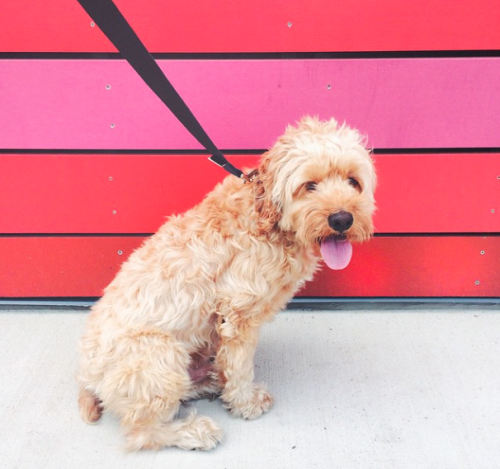 {At a Chipotle on the Arkansas border}

I mentioned in this post taking serious inventory of everything in my apartment before packing my life into boxes for over a month. For real: do not pack books or clothes or kitchen appliances or dog toys that you have never read, worn, used, or brought to the dog park. For every few boxes I packed bound for Connecticut and ultimately Dallas, I tried to have another box ready to go to the Goodwill around the corner. I bemoaned each and every walk to drop off those boxes during snowy days in the city but I’m sure as hell happy to have that many fewer things to unpack in our new digs. If I were doing it again (please, God, no) I’d like to have purged even more aggressively.

5. Clean and paint before you move in.

Maybe this falls under the next heading (read: obvious) but this made a massive difference for us. Will’s mom was able to get into the house a few days before we started our road trip and lined all the bathroom and kitchen drawers for us, which was a giant favor and something that Will and I embarrassingly probably would have put off for weeks. She also let in painters to tackle the icky off-white walls before we got there. We had picked out a paint color when we were in New York and, even though it was a risk to make a decision without seeing it on the actual walls, I was so happy to have it done I think they could have painted the walls neon green and I still would have liked knowing we had one less thing to think about. (You can also google your paint colors to see a million examples of them on other people’s walls.) If you don’t have a family member there to take care of some of the cleaning for you, the nice thing about renting your own truck is the generous window of time you have before returning the truck… meaning you could still take the time to clean and paint before you move in as long as you have somewhere to park the truck for a couple days. 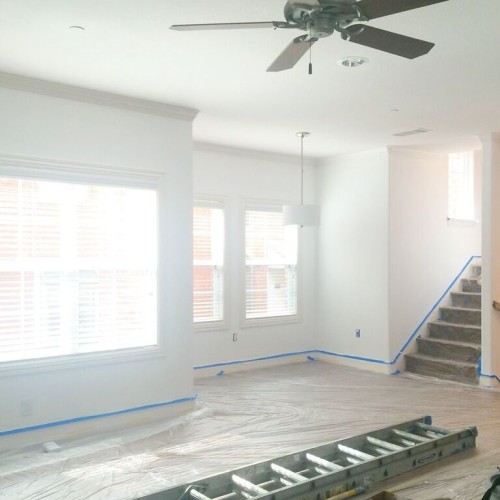 {Our living room the day we got to Dallas}

I read probably a dozen articles about moving before we actually started the process and they all gave more or less the same advice, which I’ll summarize here. Pack a bag with all your essentials (clothes, pajamas, toiletries, dog food) that you never let out of your sight. (Take it from me: you will not be able to locate anything you actually need for several days after you get to your destination.) Label your boxes with the room they need to go as well as what’s actually inside them (I would write “MASTER CLOSET” in big letters for the movers, then “summer hanging clothes” in small letters as a note to myself). 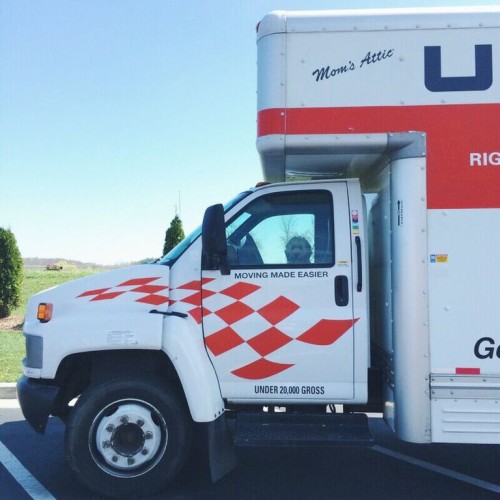 {I spy with my little eye…}

I had a couple mini meltdowns on our road trip (and I don’t think Rory was super thrilled about any of it either) but at the end of a long day of driving, Will and I could look at each other and still get giddy with excitement about being that many miles closer to starting life in this new city together. Similarly, we noticed a handful of chips and scratches on furniture that we’ll have to repair or replace  but again we’re just happy to be here. And, you know, out of that damn truck.

42 thoughts on “7 LESSONS LEARNED FROM MOVING ACROSS THE COUNTRY”