I love learning how people met their significant others, especially in the age of social media, online dating, and missed connections. After mentioning it a couple times in past blog posts, I finally sat down to write the little story of how Will and I met. This is one of my most requested posts on Design Darling and it’s more personal than I tend to get on here so please be kind! It’s nothing crazy but it still feels a little daring to put it all out there. Here goes nothing…! 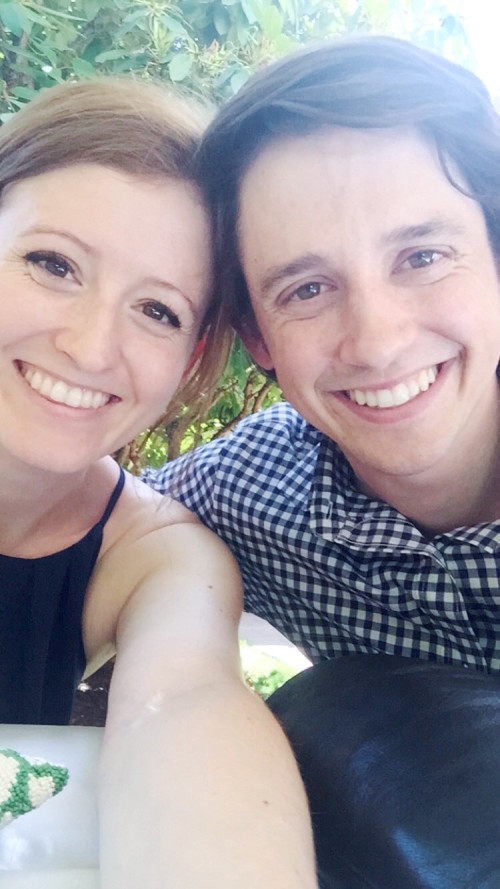 {At my cousin Pete’s wedding in Portland last summer}
Will and I met in New York in February 2013, through — drumroll, please — Tinder! I had just moved to the city in January and was newly single. All my girlfriends were obsessed with Tinder, which was still pretty new at the time, and Will was the first Tinder date I went on. He actually called me to make plans for our first date which totally set him apart! I was like, “Who is this weird Texas number calling me?! Who calls anyone anymore?!” but it was really sweet. 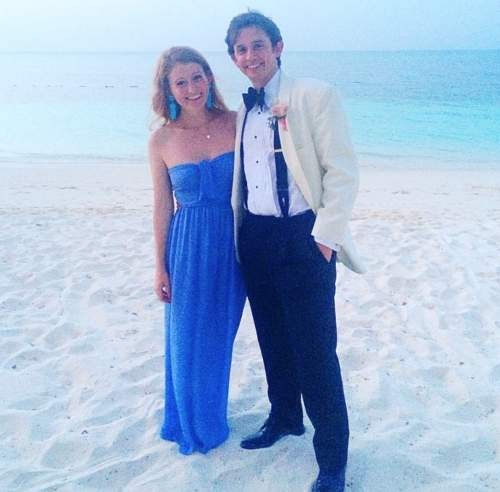 {At our friends Jane and Scottie’s wedding in Lyford Cay two summers ago}
He suggested a wine bar on the Upper East Side and I neglected to mention on the phone that I wasn’t a huge wine drinker at the time (I’ve since discovered rosé and realized what I’d been missing). Anyway, when we met at the restaurant, I was planning to defer to Will’s wine preference but he insisted we find something I’d actually like. So he asked the waitress if they served anything besides wine and she looked pretty confused before suggesting a non-alcoholic beer. Realizing the misunderstanding, Will asked if they had a full bar, we ordered gin and tonics, and spent the next several hours chatting and laughing. I found him brilliantly smart, extremely polite, interested (which always makes a person more interesting!) and loved his wide smile and ready laugh — all things I love about him to this day. 🙂 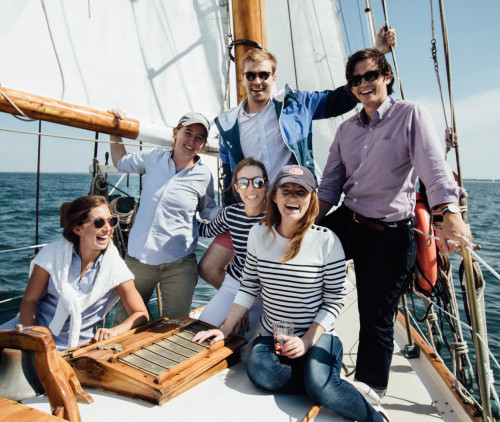 {Our happy place: sailing on Nantucket}
There was definitely a spark, but I wasn’t looking for anything serious and continued to go on more (good, bad, and seriously awful) first dates throughout most of my first year in New York. Eventually, Will grew tired of these dating escapades and we fell out of touch over the summer. Apparently we both dated other people during that time and I was feeling pretty excited about someone else until that guy dumped me out of the blue… in a text message. I went into that fall determined to spend the rest of the year on a dating hiatus, focused on work, taking care of myself, and seeing more of my girlfriends. I still thought about that cute boy from Texas from time to time, but I was so determined to be truly single! 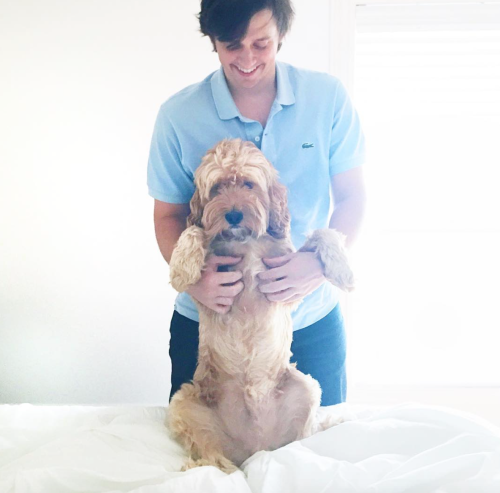 {Best buds in our new home in Dallas}
As fate would have it, it was a couple months into this very determined dating hiatus that Will reached out to me again. I ignored a number of emails and texts (#sohardtoget) until he sent me an article about F. Scott Fitzgerald and I fired off a quick response. A minute later, Will’s number was lighting up my phone. I picked up… and we spent more than four hours on the phone that night. A few weeks later, I agreed to meet him for a drink — at that first wine bar, of course — and it was pretty clear right off the bat that that spark we’d had in the spring was still there and we’d both just needed some time to realize how rare and special it was. Looking back, I wouldn’t change a thing. We started officially dating in November 2013 and the rest is history! 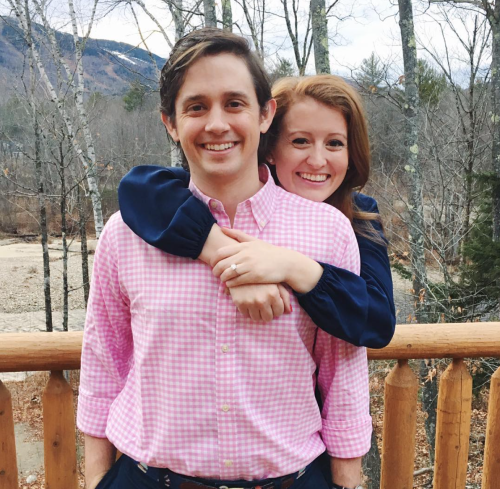 {The day after we got engaged in Maine!}
P.S. Will’s fantasy football team is called Swipe Right. You never know… 🙂
You can read more about the proposal here and here. Thank you for reading!

91 thoughts on “WEDDING WEDNESDAY: HOW WE MET!”