Happy Friday! I’m driving out to the Hamptons today for my friend Andrea’s bachelorette party and I’m so excited to celebrate her. I hope you all have some fun stuff planned as well!

A reader named Emily commented on last week’s rose and thorn suggesting that I share my thorn first and my rose second so as to start the weekend on a happier note and I think she’s spot on so that’s the plan from here on out! 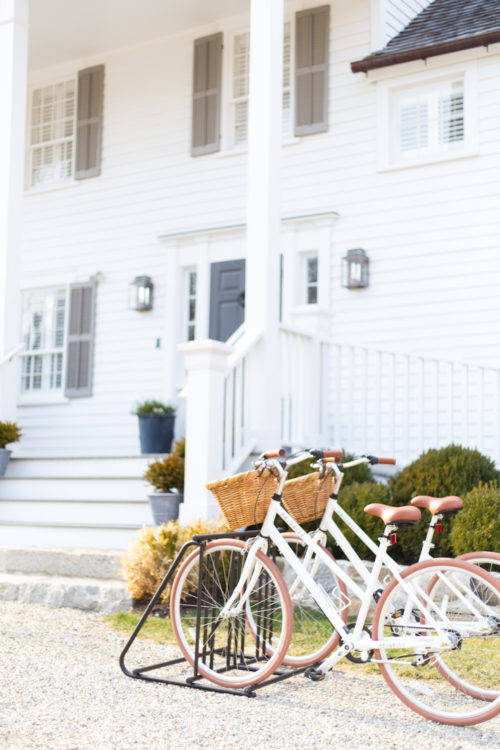 This week’s thorn was a combination of lousy weather and car inspections for the two cars we leased when we lived in Dallas (which we’re getting rid of now that we bought a car!). I hate anything that requires a four-hour appointment window, but I hate it even more when the guy just never shows up, period. I work from home so it’s usually not a big deal to have to stay put for a few hours, but I was pretty annoyed when no one showed up and the inspection company had to reschedule for a day I won’t be here, meaning Will will now have to work from home. Not to mention the fact that we’ve had three cars in our driveway for the past few weeks… Basically I just can’t stand when something that should be a relatively thing to cross off your to do list takes on a web of other to do items.

Anyway…! This week’s rose was getting my first hydrafacial (I go here if you’re local!). I realized I hadn’t gotten a facial since before our wedding seven months ago and my skin was looking and feeling pretty congested as a result. I walked out looking a little red but mostly feeling like my skin had a new lease on life. In addition to exfoliating and extracting, they did a blue light LED treatment (for adult acne, cute!) and a bunch of serums that gave me a nice little glow. It was such a good reminder to take better care of my skin and a really relaxing way to end the week. Definitely going to try to make regular facials part of my overall skincare routine!

3 thoughts on “THIS WEEK’S ROSE AND THORN”