The big reason for our trip to France was to celebrate Will’s 30th birthday with tickets to see the French Open at Roland-Garros. Will played tennis through college and brought me to the U.S. Open when we first started dating so I knew the French Open would be a big hit! His parents also brought him to Wimbledon as a high school graduation gift so now he’s just missing the Australian Open… I’m available! 🙋🏼

My knowledge of tennis is pretty pathetic given how much my husband loves the sport but I got sucked in in a major way watching the French Open. We went in the third round and watched two matches before the latter was rained out. The first was between Novak Djokovic and Roberto Bautista-Agut and was SO fun to watch. Djokovic was coming off an injury so he was ranked 22nd in the world where he had previously been ranked 1st, while Bautista-Agut was ranked 16th. There were multiple tiebreakers but Djokovic pulled off the win and the crowd went wild… I still get goosebumps just thinking about it! The second match was between Gael Monfils from France and David Goffin from Belgium and the Parisian crowd was fired up to cheer for both. They called a rain delay after the first hour or so but honestly I’d have happily watched in the rain, nutella crepe in hand. Will was about the happiest I’ve ever seen him and I’m so glad we have this memory to commemorate his big 3-0! 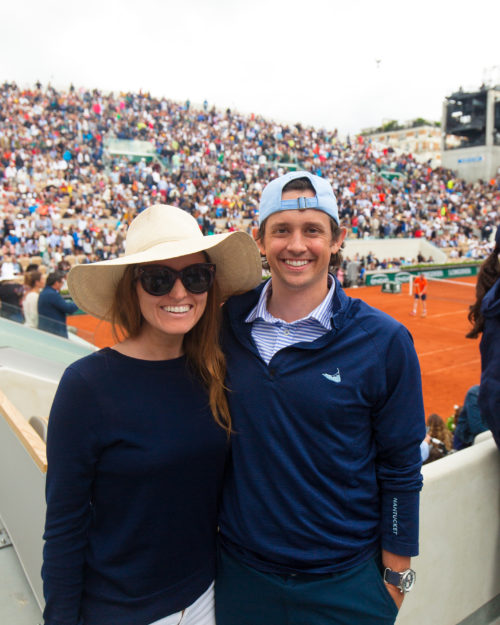 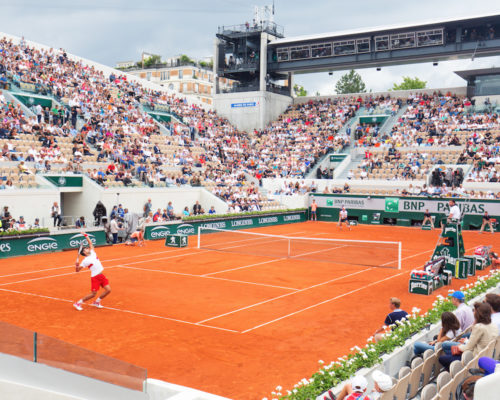 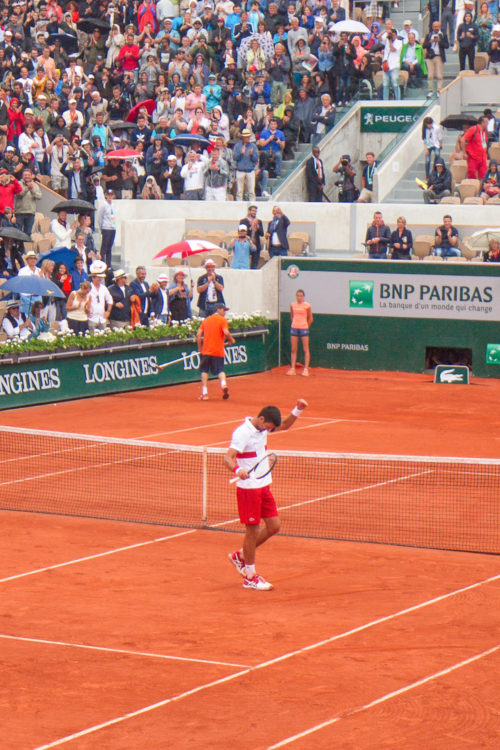 P.S. This trip helped us cross #37 and #39 off my 101 in 1001 list! I recently updated the design of the page to make it easier to track my progress and I’m so excited to keep chipping away at it. Don’t forget to email or tweet me your list if you’ve made one!

7 thoughts on “THE FRENCH OPEN”