Thank you all for your sweet comments on yesterday’s post! My sister Reilly arrived on Nantucket yesterday morning and she, my mom, and I headed straight to a stand up paddleboard yoga lesson. It was a new-to-all-of-us activity that I had included on my current 101 in 1001 list and I was so happy to get to cross it off with two of my favorite people in the world! 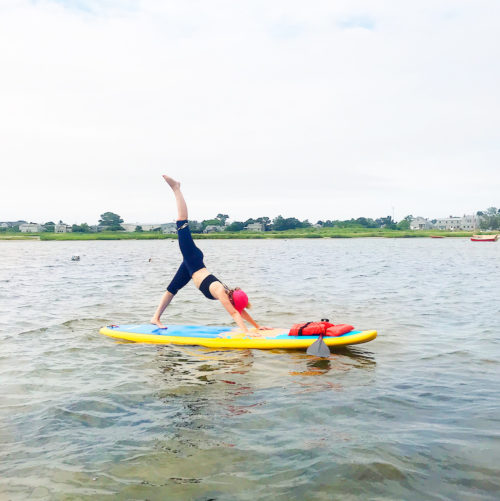 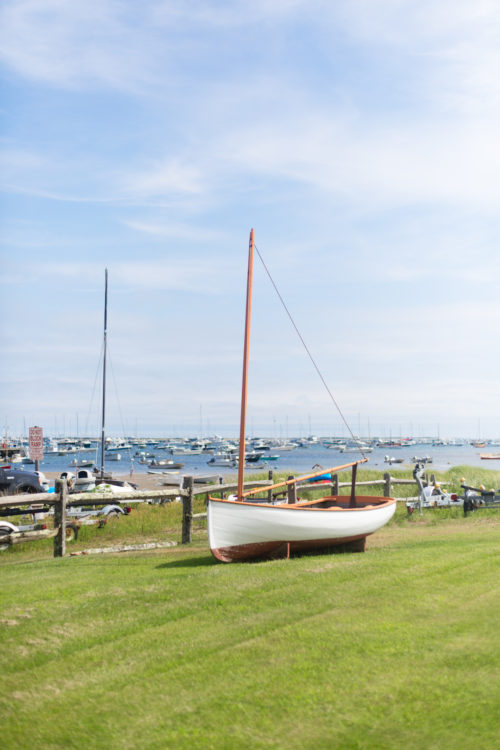 I booked the class through Paddle Nantucket and our instructor Caitlin was fantastic. She was so patient teaching us how to paddle (which I thought was by far the hardest part!) and anchor the boards once we got out into the water. We all fell off the board multiple times during various yoga poses and she laughed right along with us. 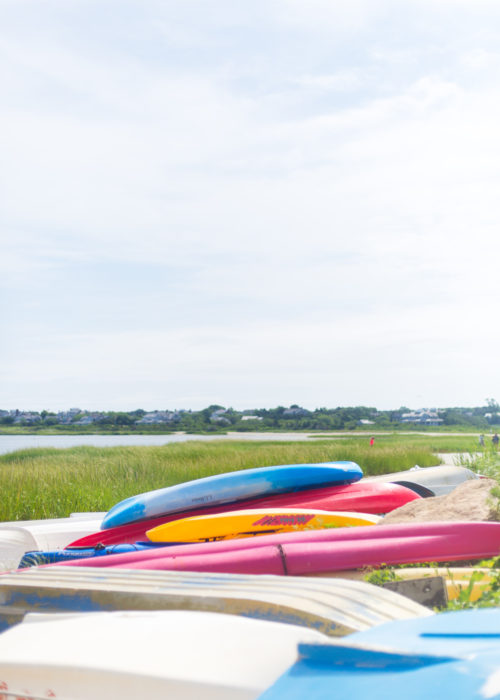 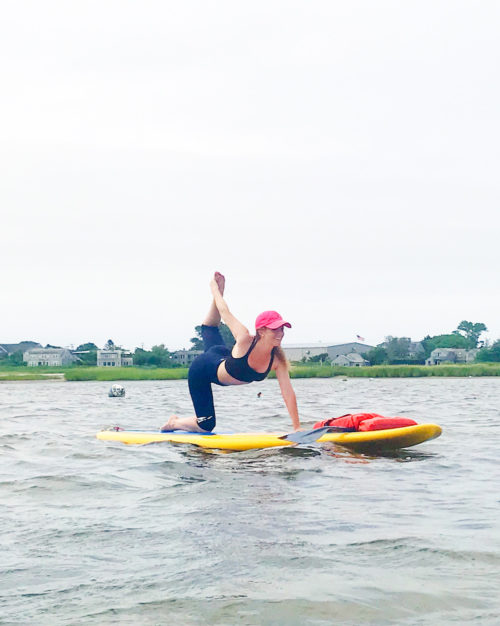 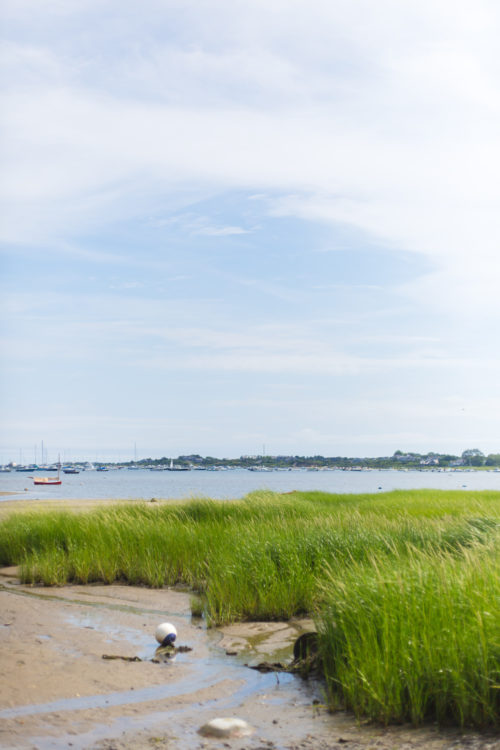 We originally planned to do a group class but ultimately had to do a private lesson because of the weather forecast and I actually loved that it wound up being just the three of us because we could be a little more playful than a more traditional yoga class would allow. It was also pretty windy (12 mph winds) while we were out there so it was impossible not to fall into the water at least a couple times which never stopped being hysterical. The wind was working in our favor on the paddle out and Caitlin warned us that the paddle back would be harder, so the entire shavasana I was thinking about how on earth I was going to get back to shore. But I will say it was still the most peaceful shavasana of my life floating on the paddleboard with my hands in the water. All three of us had a blast (and got a great workout!) — I would go again in a heartbeat! 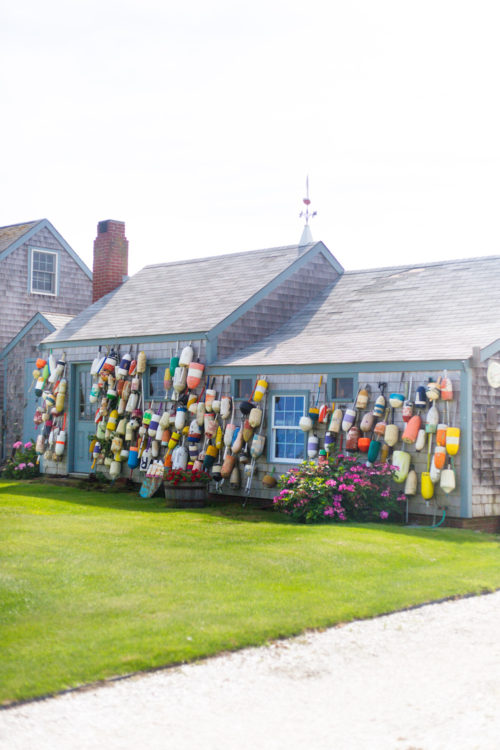 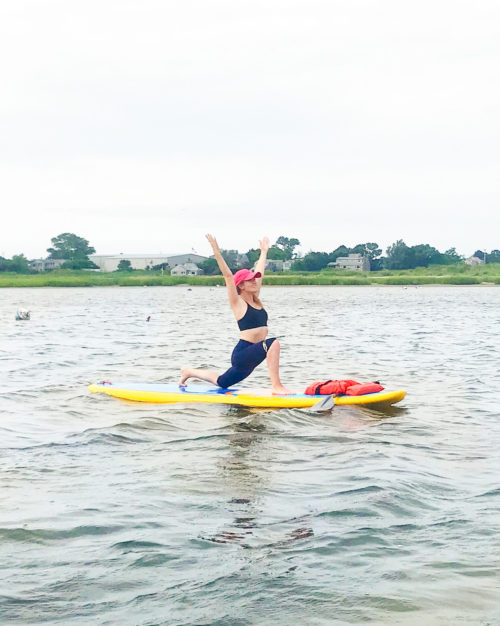 4 thoughts on “STAND UP PADDLEBOARD YOGA ON NANTUCKET”