I’ve been counting down the days and weeks until I could share our big news and the day is finally here: we’re having a baby!!! We could not be more excited about this next chapter of our lives and it’s such a relief to be able to fill all of you in. The baby is due in late September and I can’t wait to document the months leading up to his or her arrival! 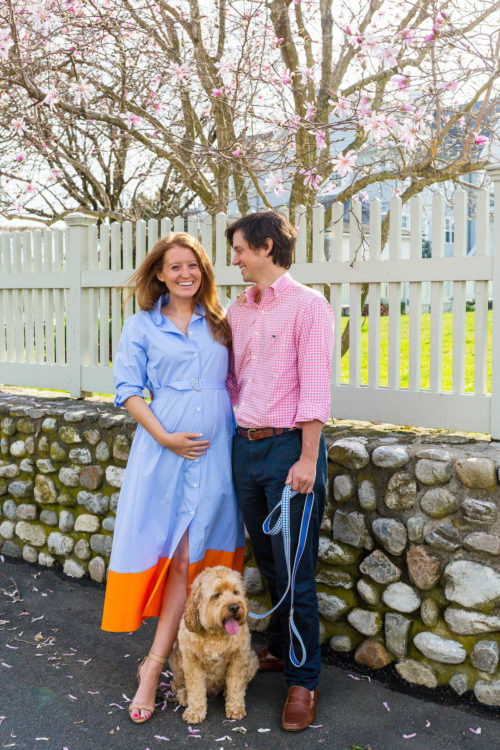 We found out in mid-January when I took a pregnancy test while Will was at work in the city. I figured there was only a teeny tiny chance it would be positive so it didn’t even occur to me to wait until he was home! I was absolutely shocked when it said positive and tried to let the news sink in before taking a second test a couple hours later. Positive again! I think I had maybe three hours until Will got home from work but I knew I wanted to wait and tell him the news in person. I walked around the house in a total daze for the next few hours trying to wrap my head around this life-altering news. It was just so surreal!

I had both positive tests waiting in the kitchen to show Will the moment we got back from picking him up at the train station and he was completely in shock. That whole night we just kept saying over and over, “Can you believe we’re having a BABY?!” I think I’d laugh now looking back at my internet search history in those first few days — I literally googled “what to do after a positive pregnancy test” because it was all so new and unknown. I think I lasted a whopping two days before I was just bursting at the seams to tell my parents, who were every bit as elated as we are! 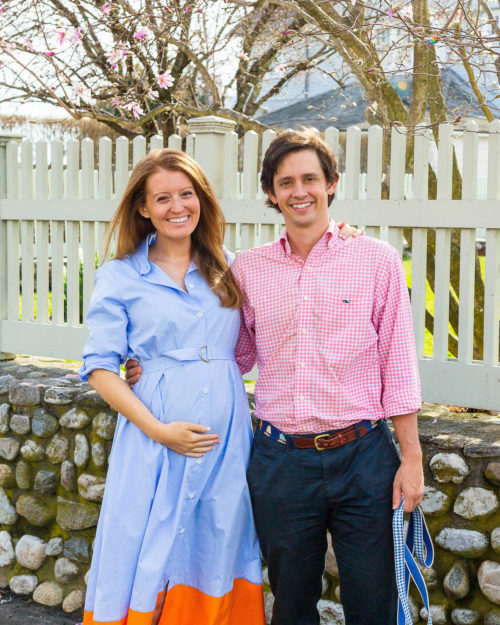 I’m now 16 weeks along and it’s started to feel much more real now that my bump has made its appearance! For the first three months, I was so terrified that something would go wrong and I counted down the days between doctor’s appointments when we could be reassured that the baby was healthy and progressing nicely. My first trimester was pretty rough (more on that to come) but I know it will be one million times worth it when we get to hold our sweet baby for the first time. I was so thankful to finally make it out of the first trimester a couple weeks ago and be able to share the news with more of our family and friends!

I’ll be sharing an overview of my first trimester next week and have lots to say about that but I’d love to hear if there’s anything in particular you’d like to know! We will be finding out the gender so I’ll be sharing that in a couple weeks as well. (Any guesses?!) My heart is practically bursting with excitement over all that’s to come and I am so excited to navigate this whole new world with all of you! 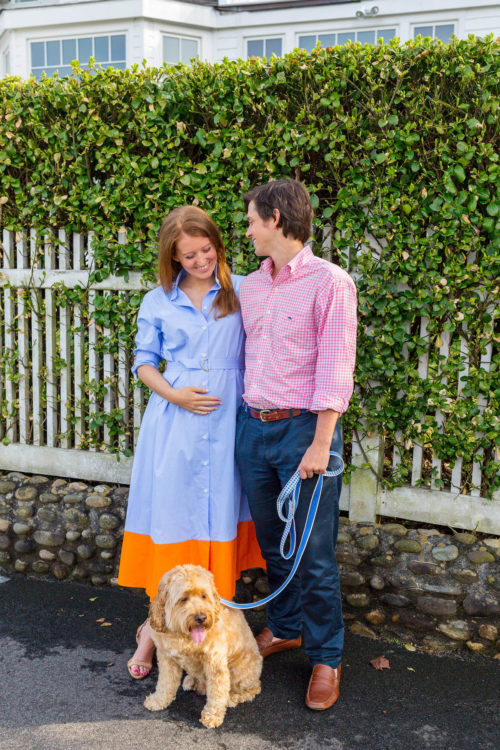 P.S. It felt fitting to announce the baby news in MDS Stripes after wearing his designs for our engagement pictures and our rehearsal dinner!