I can’t believe our baby is here and my first pregnancy is behind me! My second and third trimesters were really relatively easy after how hard my first trimester was but it’s still such a relief to have him here, know he’s healthy, and be on the road to recovery myself. Here’s a recap of weeks 28-40! 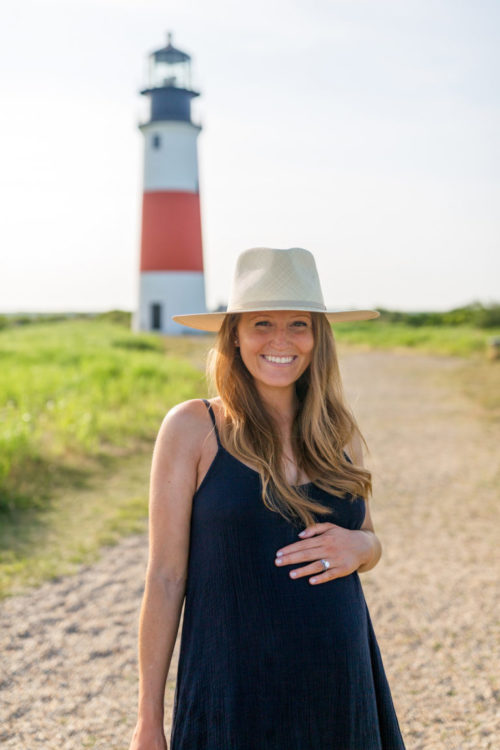 Moving into our new house: We closed on our house when I was 31 weeks pregnant and had carpets removed and floors refinished before we moved in at 32 weeks. Thankfully my second trimester energy lasted a few weeks into my third trimester because we managed to paint seven rooms, wallpaper two more, and tackle a master bedroom renovation in the weeks that followed! I know it’s a little crazy to move and take on a bunch of house projects at the tail end of pregnancy, but I was so excited to move in and start making it feel like home. It was definitely a stressful time as we had to find a tenant to take over our rental house (and had a potential tenant crash into the fence, but that’s a story for another day…) but I kind of welcomed the chaos as it made time go by so much faster. I honestly think moving and getting settled provided the best distraction from all the little aches and pains that start to crop up in the third trimester!

Childbirth preparation class: We took part two of our childbirth preparation class in August and got to tour the labor and delivery floor and see the maternity ward (and peek in at all the cute little babies!). Will and I both found it comforting to learn exactly where to go when we showed up in labor and I think we both learned a good deal from this class in particular — I know hospital classes aren’t for everyone but if you’re a the-more-information-the-better type of person like Will and I both are, we found the one at Greenwich Hospital a good return on time! 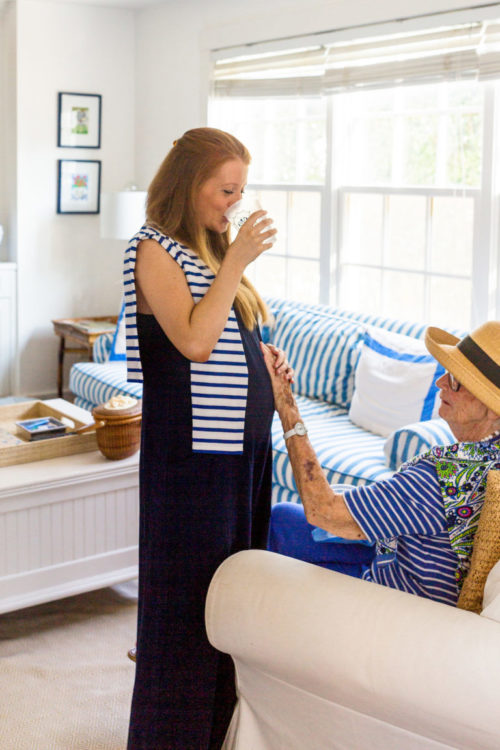 Nesting: I’m pretty into the concept of nesting when I’m not pregnant, so by the time we finally closed on our house and moved in, I was r-e-a-d-y to paint, decorate, organize, tidy, and clean. Probably my favorite third trimester purchase was a handheld vacuum that I could whip out when our full-size vacuum seemed too big a chore.

Infant CPR class: If I could advise people taking only one class during pregnancy, I’d make it a refresher on infant and child CPR. It turns out several things have changed since I last learned CPR in high school (eeek) — obviously it’s something you hope you never have to use as a parent, but I know we both feel better knowing we’re up to date!

Breastfeeding class: Someone commented on my third trimester to do list saying we could probably skip this class and while I’m still glad we went, it definitely created stress where the other classes we took (infant care, childbirth preparation, and infant CPR) had a more reassuring tone. I have a very “you do you” mentality when it comes to feeding your baby (and most other parenting decisions) and the messaging in this class was pretty black-and-white / all-or-nothing in a way that didn’t seem realistic for a majority of couples in the class (I felt like no one had any lingering questions after any of the other classes and there were at least 30 minutes of questions after this one). Now at ten days postpartum, I’m so grateful that we’re settling into a breastfeeding and pumping routine that feels slightly more nuanced and more sustainable for both me and baby. 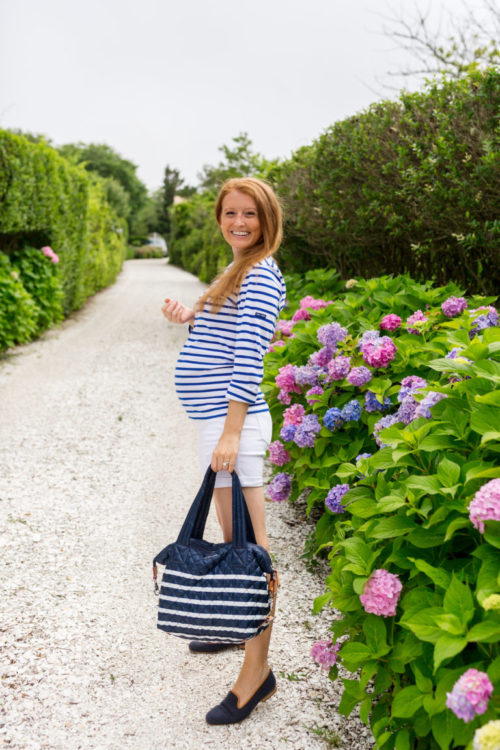 Our second baby shower: My friend Ali and cousin Emily (both of whom are also expecting baby boys!) threw the perfect baby shower in my parents’ backyard about a month before my due date and it was such a gift to spend the afternoon with so many of my favorite women in one place. The plan was for Will and my dad to play a round of golf and stop by towards the end of the shower but they surprised me by showing up covered in paint having tackled the last room on our list, the master bedroom! Best surprise ever.

Weight gain: I wound up gaining a total of 32 pounds during my pregnancy, even after losing and regaining eight pounds in my first trimester. There were certainly days at the end where I was ready to fit into my regular clothes and be able to see my toes again, but all in all I felt pretty great. I even made it to my workout the day before I gave birth — and Will and I were definitely getting our steps in that 39th week to try to walk that baby out!

Hyperemesis: The nausea and vomiting that dominated my first trimester unfortunately stuck with me right up until the day I delivered two days before my due date, but I kept it mostly under control with Diclegis 1-2 times a day (always first thing in the morning and usually again before bed). I brought the meds to the hospital when I went into labor because I couldn’t believe that the symptoms would just instantly disappear the moment I gave birth, but alas! I haven’t been nauseous since and it feels amazing to have that piece of my life back under control. 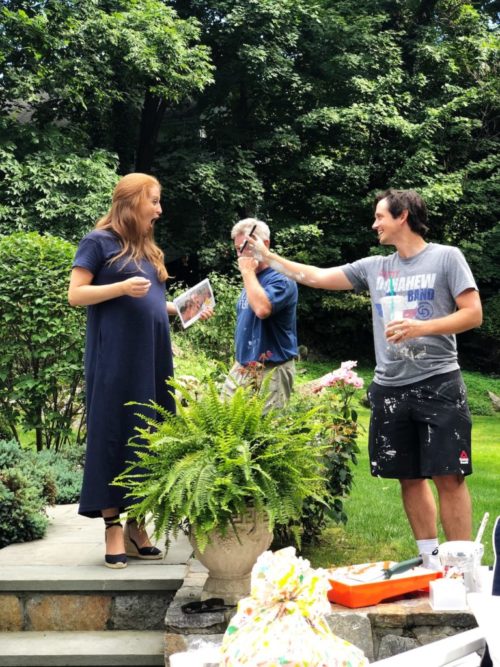 Packing my hospital bag: I shared what was in my hospital bag here but I’d be happy to write an update about which items we did and didn’t use if any of you would find that helpful!

The waiting game: I feel like it’d be unfair to write a third trimester recap and not mention the anxiety-ridden waiting game that takes over those final few weeks before baby. I was tired of having trouble sleeping, sick of googling different fears about labor, and mostly just so ready to meet Teddy that weeks 37-40 felt like an absolute eternity. We had wrapped up most of our house projects and suddenly I was completely consumed by the myriad unknowns ahead of us. We all know I’m not long on patience (ahem) and it’s funny how quickly I’ve nearly forgotten how impatient I felt less than two weeks ago, but I have so much empathy for moms-to-be who are wrapped up in that waiting game (and so much gratitude to Teddy for coming right on time!).

15 thoughts on “MY THIRD TRIMESTER RECAP”

A favorite little “moment” in our hall bath wi