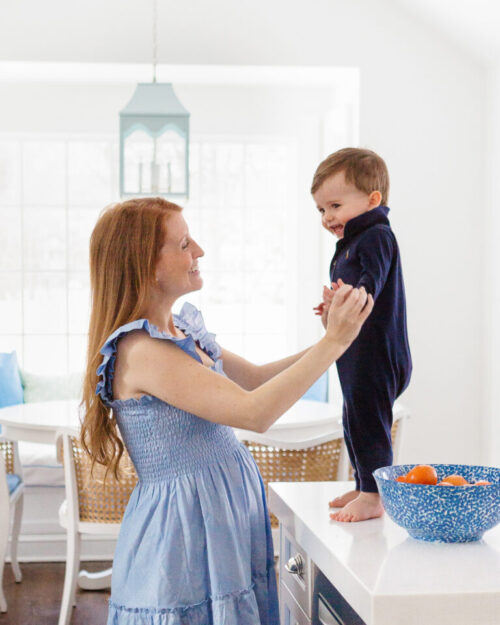 Extreme nesting: We spent my third trimester with Teddy moving into our house and tackling a whirlwind of house projects before Teddy’s arrival and we spent my third trimester with Peter remodeling our hall bathroom (reveal post coming next week!), moving Teddy out of the nursery and into his new room (planning to photograph next month!), and embarking on a backyard makeover (currently just a massive hole in the ground where the old pool used to be and the new pool will go, but I’ll post when there’s more progress to report!). Maybe one day I’ll do the traditional version of nesting that involves laundering newborn outfits and doing lots of vacuuming, but we joke that this was round two of extreme nesting with a bunch of large scale house projects that we tried to get across the finish line before Peter arrived.

Deciding on a second car: Will and I had shared a car for the last several years and knew we’d need a larger SUV by the time we welcomed a second child. We wound up going with the Volvo XC90 and are so, so, so happy with our choice! You can read what we drew us to it in this post but it’s been great with two car seats since Peter arrived. 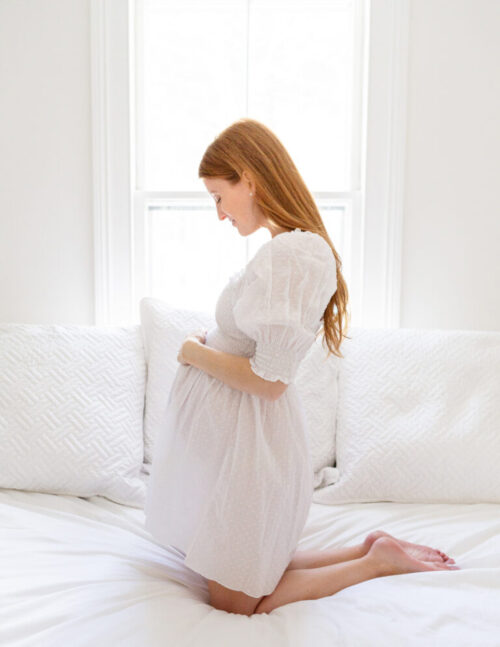 Mentally preparing to give birth again: We took a bunch of classes at the hospital in the months leading up to Teddy’s birth and the preparation for Peter’s arrival was more of a personal effort. I wrote more about this in Peter’s birth story, but throughout this pregnancy I talked to a therapist who helped me talk through my delivery experience with Teddy and my post-weaning depression and had reassuring conversations with the doctors at my new OBGYN practice about wanting more open communication during this delivery. Peter’s birth was one of the most incredible experiences of my life and I think it was a combination of having some idea of what to expect and having prioritized my mental health throughout pregnancy. If you’re one of the many moms processing a less-than-ideal previous delivery — or feeling anxious about giving birth for the first time! — I want to do my part to normalize getting the help you need both before and after this life-changing event. 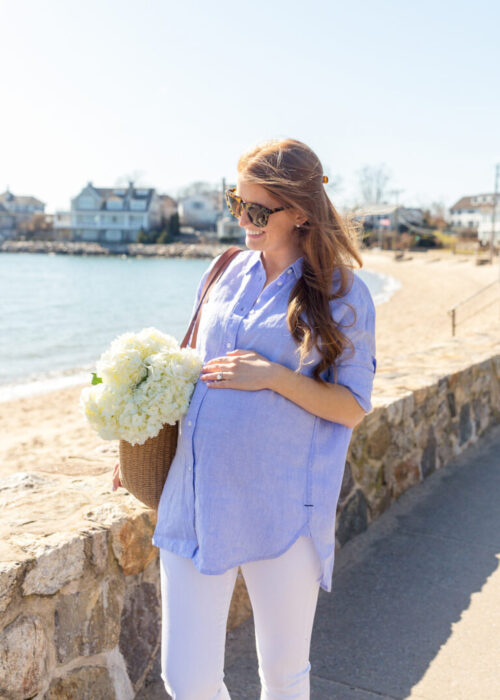 General fatigue: This pregnancy and delivery were such a breeze relative to the first time around that it feels wrong to complain about anything, but I have to at least mention that it was definitely more exhausting being pregnant while chasing around a busy toddler than it was when it was just me working from home and enjoying the flexibility of napping whenever I needed to during my first pregnancy. Having Will work from home has been a massive silver lining of this year and even more so when the pregnancy insomnia hit and he could be with Teddy when I couldn’t keep my eyes open during the day. I swear the lack of sleep in the third trimester is the best preparation for all the interrupted sleep that comes with a newborn though!

Weight gain: I wound up gaining 35 pounds this pregnancy (slightly more than I gained with Teddy) and while I definitely was ready to feel more like myself again by the time Peter arrived, I remain just completely in awe of what the female body can do! The fact that in the last 27 months my body has provided a home for two babies for nine months and fed another baby for twelve months is nothing short of a miracle, even if my boobs will never be the same. 😂 This feels frivolous to note but if you’re pregnant and desperate to feel cute for a few hours, this dress (order up one size), this dress (order your usual size), this shirt (order up one size), and these maternity jeans went a long way on the days I could get myself out of pajamas or leggings. 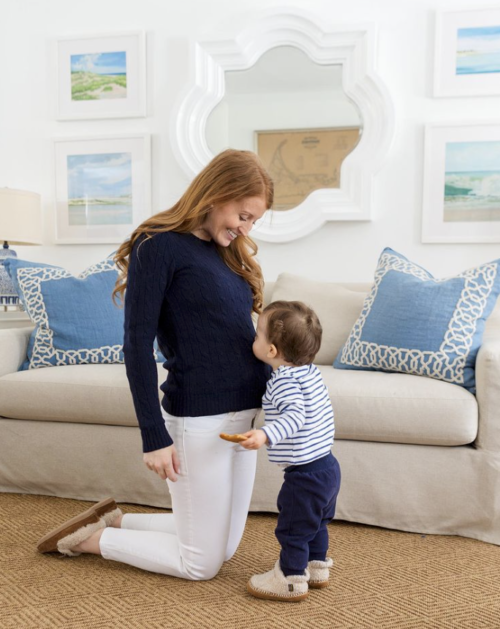 Preparing Teddy to be a big brother: I’ve been asked if we did anything to prepare Teddy for his little brother and the truth is that with them being 18 months apart, I think Teddy’s understanding was going to be pretty limited no matter what. I know friends with older children had success with reading certain books or buying gifts from the baby for their sibling(s), but we mostly just had him give lots of belly kisses, got him excited about moving into his new room, and knew he’d be so thrilled spending two days alone with my parents that he probably wouldn’t have cared if we’d been in the hospital another week. 😂 Since Peter arrived, Teddy has loved the praise he gets for helping fetch a blanket or a diaper, we swoon any time he pats his head or gives him a kiss, and we don’t force it when he’d rather run around the house with his beloved cleaning supplies than sit and hold the baby. I think once Peter is more alert and able to smile, laugh, sit up, etc., Teddy will naturally be more interested but in the mean time he’s adjusting just fine! 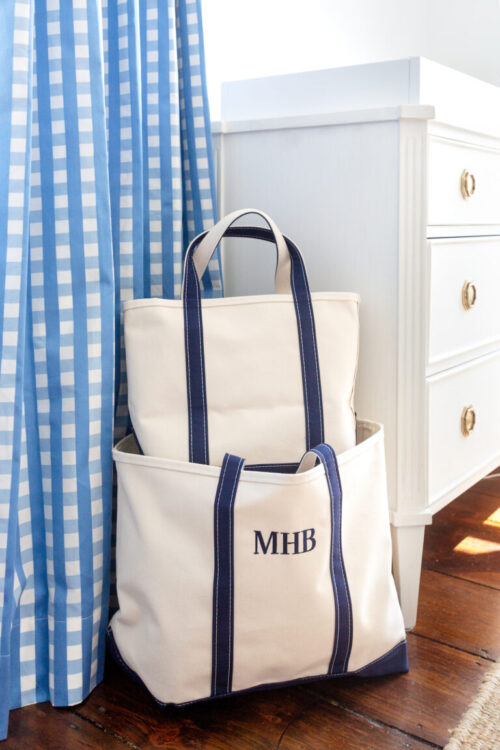 Packing my hospital bag: I packed my hospital bag at 36 weeks and I’m glad it was ready to go since Peter arrived just after 37 weeks! You can see everything I packed the second time around in this post.

The waiting game: Even though Peter was born 19 days before his due date, I still experienced some of the same impatient waiting game I did in my third trimester with Teddy. Why is it that those last couple months of pregnancy feel longer to me than the previous seven combined?! If you’re reading this and counting down the days until your own little one’s arrival, I’d rather be the mom who offers a validating “girl, I feel you” than the one who says something to the effect of “oh, it’ll be over before you know it” or worse, “just you wait” (my least favorite kind of message to receive as a new mom, ha!). Honestly my prodromal labor contractions in the week leading up to Peter’s birth were more painful than my actual labor this time so I’ll always have lots of empathy for moms in those final days and weeks before baby!

9 thoughts on “MY THIRD TRIMESTER RECAP”