I know I haven’t been sharing as much pregnancy content this time around (outside of lots of outfit posts, which I hope are helpful to anyone else who’s expecting this time of year!) but I would say the general takeaway is this pregnancy has been easier than my first and harder than my second. I’m still taking nausea medication and throwing up from time to time, which is better than I had it with Teddy and worse than it was with Peter, so it really is all relative. Most days I’m just pretty tired and then feeling guilty for feeling tired — being pregnant with two busy toddlers who are still at the age where they want to be picked up a good amount definitely keeps me on my toes. Even with an incredibly helpful support system at home, I’m often ready to crash into bed just after our boys fall asleep most nights. I do think the real bonus of this pregnancy is that I’ve been infinitely less consumed by any late night google searches or stressing about labor, life with a newborn, etc. We’re wrapping up two bathroom renovations at the house and finalizing plans for a pretty action-packed summer, so this pregnancy honestly just hasn’t been as all-consuming as my first two if that makes any sense! I know his due date will be here before we know it and then we’ll be adjusting to a whole new level of love and craziness. 🙂 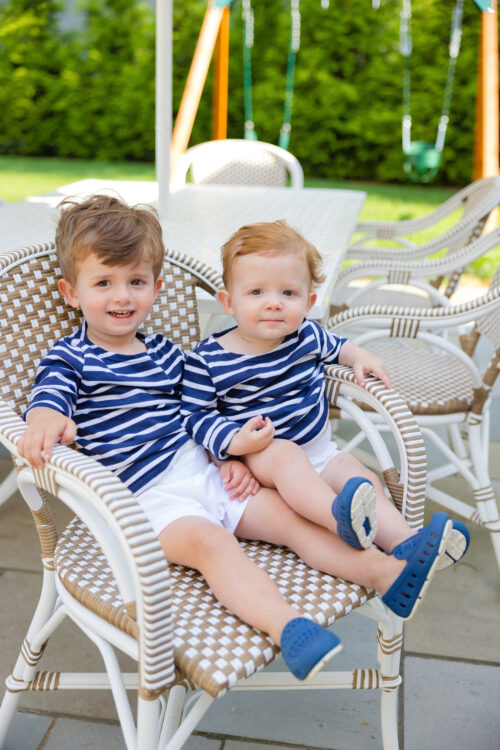 It’s also been really fun that Teddy is old enough to have a vague idea of what’s coming — he’ll be almost three when the baby arrives and it’s been a really different experience compared to him being a year and a half when Peter was born. We’ve been reading books about the new baby’s arrival and he’s informed us that he’ll be helping with both bottle feeds and diaper changes so it’s amazing what a difference eighteen months can make. 😉 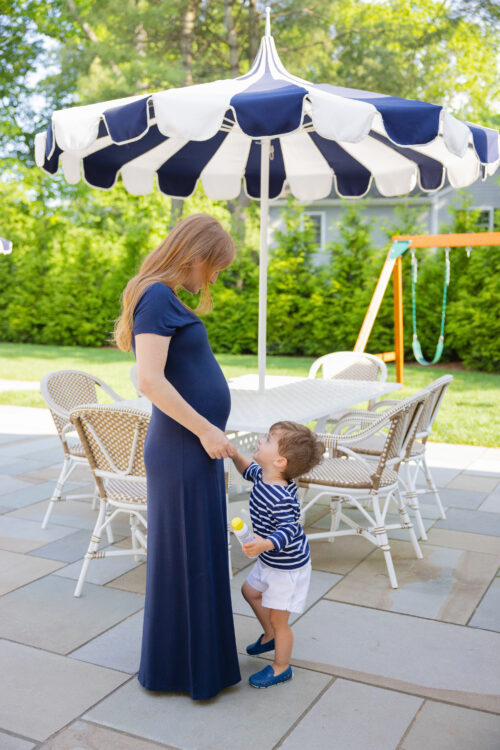 There is of course much we need to do to prepare for baby #3’s arrival and I honestly don’t have answers yet to a lot of our outstanding questions at this point. Do we transition our oldest to a twin bed even though he shows no interest in climbing out of his crib, just so we don’t have to procure a third crib which feels a little over-the-top? Do we have Teddy and Peter start to share a room and, if so, do we move both of them into the larger guest bedroom across the hall rather than squeezing both of them (and another dresser) into the smaller bedroom Teddy’s in now? How would that work while they’re both still napping? If you’ve had three under three or similar, I’d love to hear how you navigated all the new transitions! And mostly I just want to say thank you for being here as our family navigates all these new chapters as well — it is such a joy to connect with so many of you in a similar phase of life and I don’t know how I got so lucky but I’m truly grateful for each and every one of you!