Hello and welcome to my third list of 101 things I want to accomplish in the next 1001 days! You can check out my first list and my second list here and all posts pertaining to my 101 in 1001 progress right here. And be sure to drop me a line if you decide to write your own list so I can link to yours from this page. Let’s do this thing! 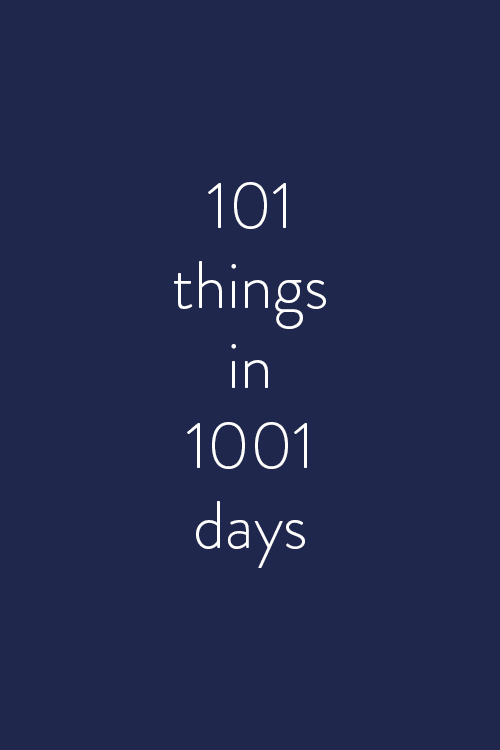 Email or tweet me the link (@mackenziehoran) and I’ll add you below!