We’ve just about wrapped up our first round of projects in the new house and besides waiting for a couple last-minute arrivals for the nursery, our focus has mostly shifted to waiting for this baby to make his debut! This weekend we did some organizing in the nursery, installed lucite hanging rods in his closet, washed and sorted a bunch of his clothes and blankets, set up the baby monitor, installed the car seat and had it inspected at the local police department… I feel pretty good about where we are with our third trimester to do list so now we’d just like him to hurry up and get here already!

My intention was always to focus on house projects right up until giving birth and then give myself a few months to adjust to life with a newborn, whatever that looks like for us. We were fully planning on living with several unfurnished rooms, including the living room right off our foyer… until we started to make our holiday plans and realized it really makes the most sense for our extended family to congregate in Darien for Christmas this year between the arrival of our little one any day now and my cousin and her husband being due with their own son in January. So while we’re still not taking on anything massive between now and then and we’ll still be living with garment racks in lieu of a proper closet, it does motivate me to at least order the bare minimum amount of furniture for the rooms on the first floor where we’re likely to hang out as a family over the holidays. (Thankfully my parents’ house is just down the street and they have a perfect kitchen for cooking and entertaining a large group, as ours won’t be renovated until early next year!)

Most of the living room furniture we’ve had in the past few places we’ve lived (which you can see here, here, and here) is currently in the family room off of the kitchen where we’ll ultimately add a breakfast nook, hang our TV, and spend most of our time. I’ll save our plans for the kitchen / breakfast nook / family room for another post but only mention it to say that we have very little furniture for the formal living room where we’re likely to have our Christmas tree and so I want to make sure we at least have ample seating before we host 20+ family members for the holidays!

Our living room is a long and narrow room (12’ x 25’) with a fireplace on the left wall and two windows on the front and back walls (you can see photos of it pre- and mid-painting here and here). It gets amazing light and will be such a great size for hosting a large group as soon as I can figure out the best floor plan. I know I want two armchairs in front of the windows on the back wall but I can’t decide how to split up the rest of the space as the fireplace isn’t centered on the wall opposite (so a sofa on that wall wouldn’t line up with the fireplace) and a sofa against that wall would create a lot of dead space on either end. I’m toying with the idea of doing two separate seating areas to break up the space but then I worry about not having a spot to curl up by the fire (which at some point in the future needs to be converted to gas for safety reasons so it won’t be operational by Christmas anyway). I’m not sure if the description above makes any sense but if you have a similarly sized space or any thoughts on how you’d arrange furniture in here, I’m all ears!

In the mean time I thought I’d share some inspiration for the overall look and feel I’d like to achieve in here. We have a dark navy sectional in the family room that’s incredibly comfortable and practical, but because we’ll probably wind up spending less time in this room I’d like to do something a little more formal and less utilitarian. We probably still can’t get away with a white sofa with a dog and a baby (I think I’d be thrilled with it for about a week and then go, “what was I thinking?!”), but my goal is to keep the space very light and bright (think lots of whites, tans, and lighter blues) and save my beloved navy blue for the rooms where it’s the most practical option. So far the only pieces I’ve ordered are these chambray linen armchairs, these woven x benches, and these raffia side tables so it’s totally a blank canvas where a sofa, rug, coffee table, bookshelves, etc. are concerned. I’m hoping to make a decision on a sofa in the next couple weeks so it has time to ship before the holidays so maybe I’ll share some of the options we’re considering in a separate post next week! Without further ado, a few of the spaces I’ve saved as inspiration: 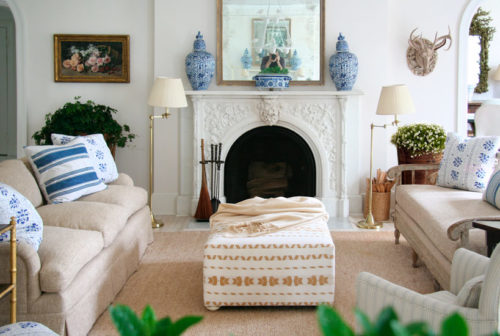 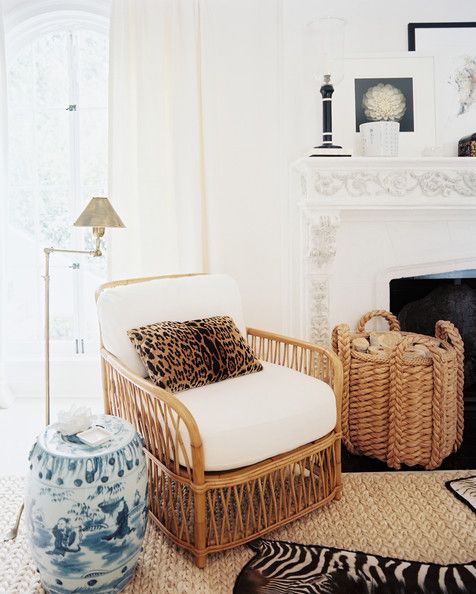 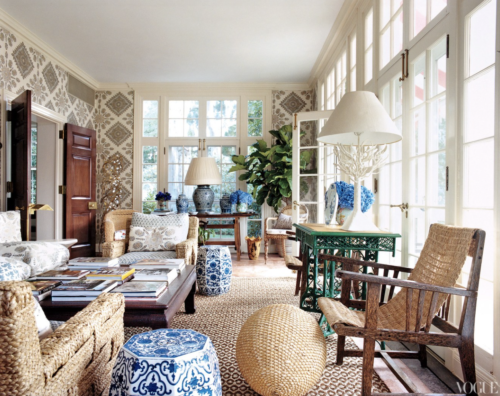 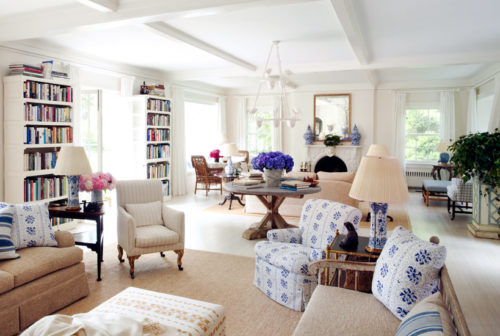 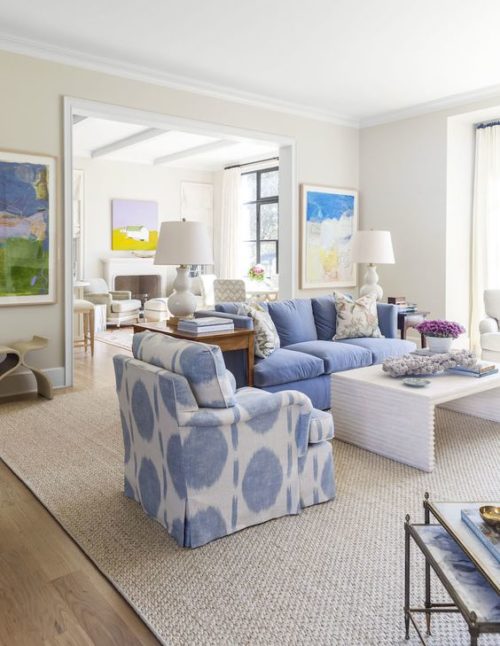 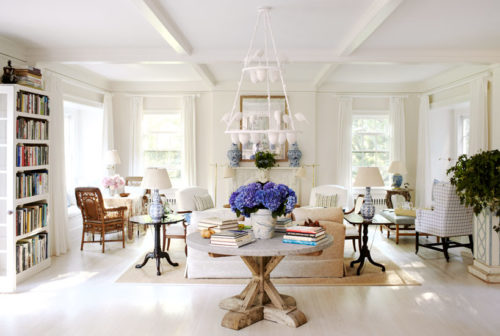 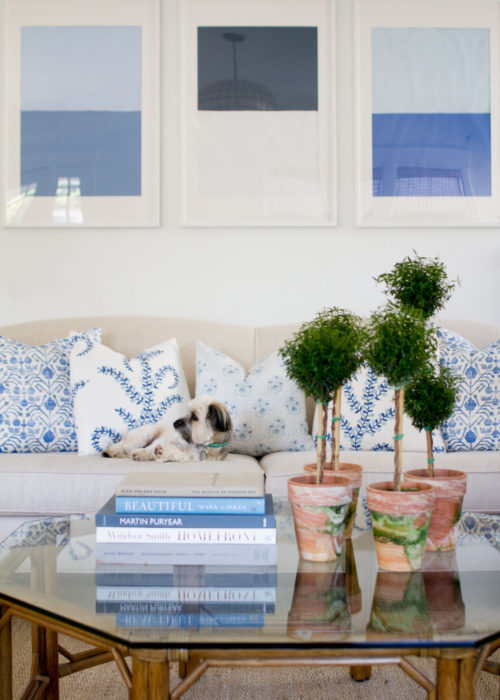 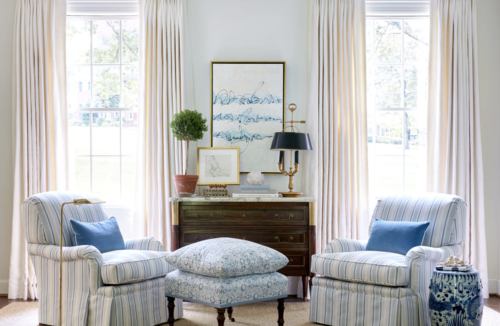 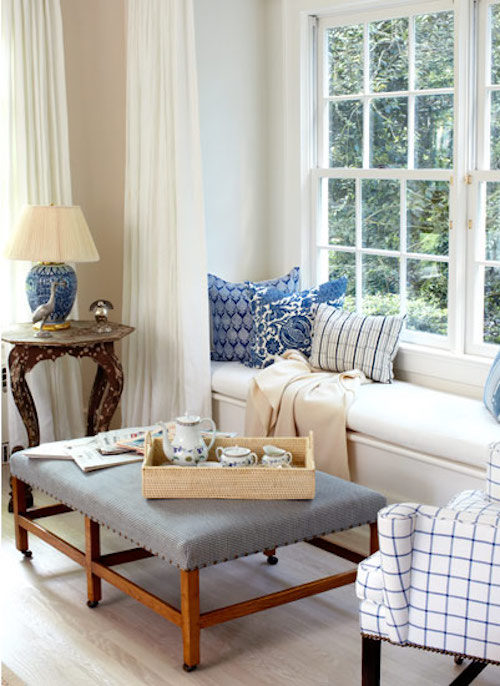 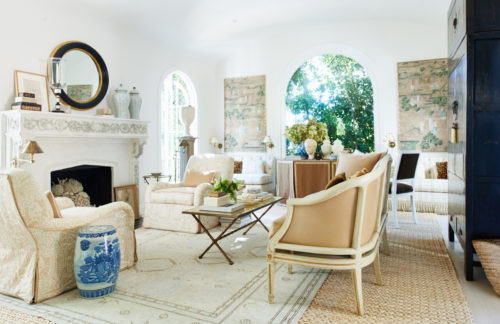 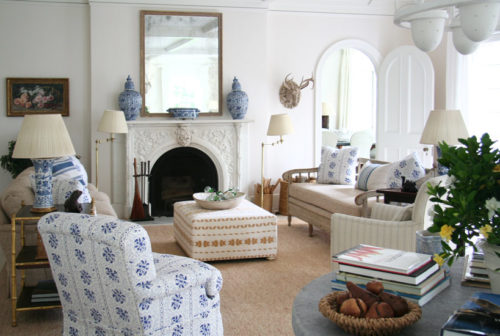 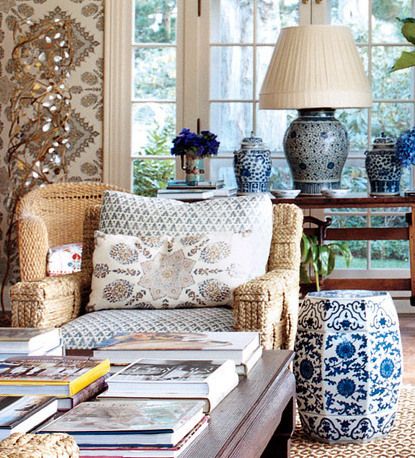 9 thoughts on “INSPIRATION FOR OUR LIVING ROOM”