We are so grateful that our kitchen/mudroom/loft renovation has been able to continue thus far and there’s been lots of progress since my last update! (You can watch this Instagram highlight if you have any questions about our current state and local regulations and the precautions our builder is taking.) We know things could still change at a moment’s notice, but if work is able to continue without interruption, we should be about six weeks out from being able to move into each of these spaces. You can catch up on before photos and plans for each space, the first update, and the second update and here’s what’s happened over the past month! 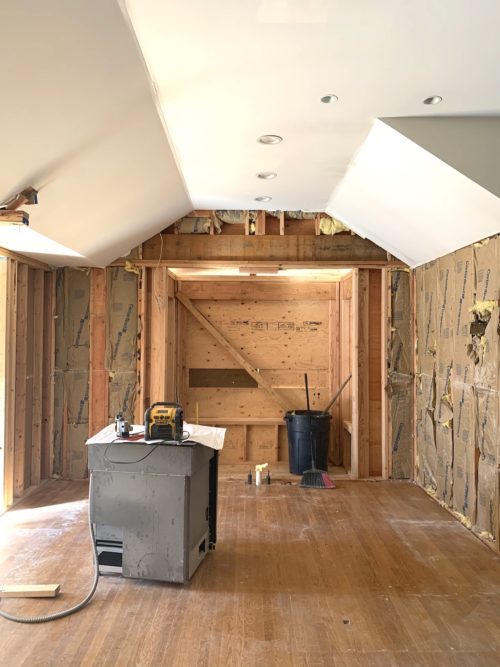 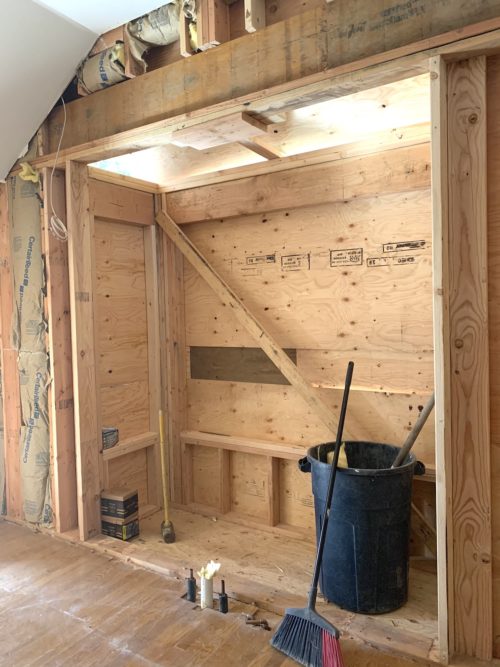 The framing went up for the box window in the future breakfast nook! This is where our kitchen sink used to be and we pushed the wall out a couple feet to make space for a built-in bench and a big picture window. 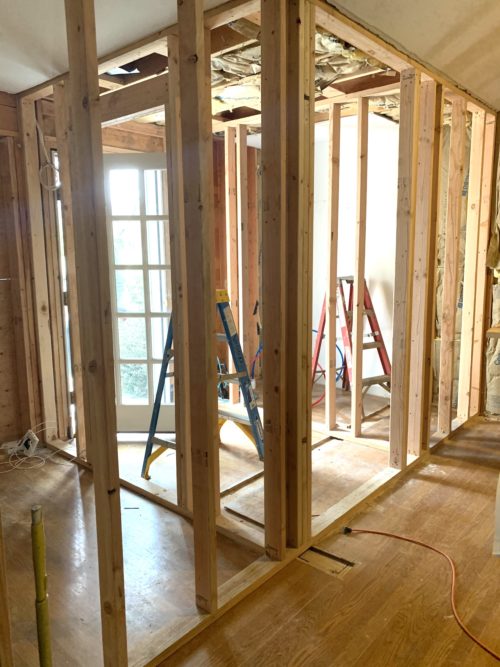 They also framed the pantry and powder room on either side of the back door.  I forgot to take a photo once it was in but we reused the small window from our old powder room in this one. 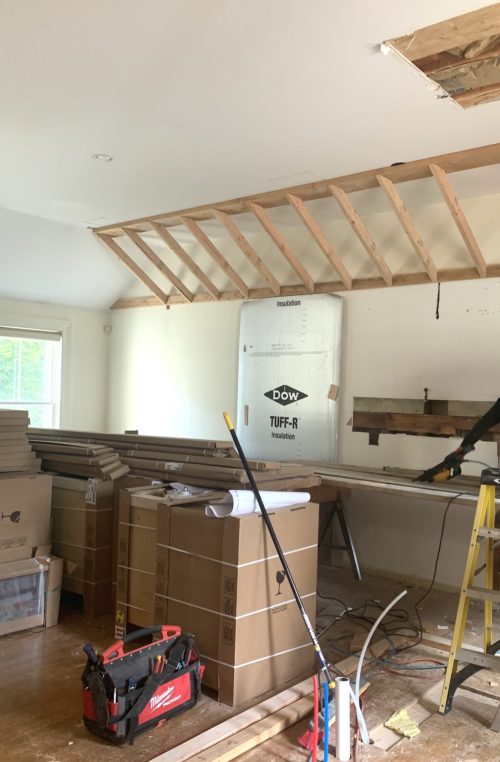 As I talked about in last month’s update, we encountered a large pipe coming down from our hall bathroom upstairs that couldn’t be moved and our builder came up with the brilliant idea to match the ceiling slant from the shorter walls on the longer walls. The new slanted ceiling conceals the top of the pipe, which was then rerouted on the other side of the door from our dining room. It was by far the most cost-effective solution we entertained and it honestly looks to me like it always should have been this way! 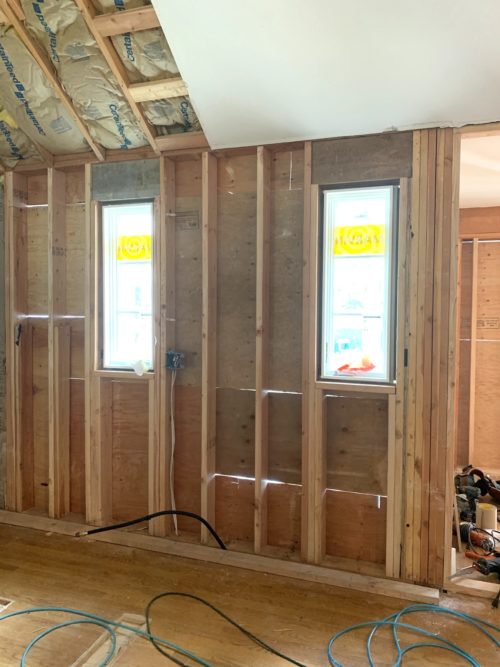 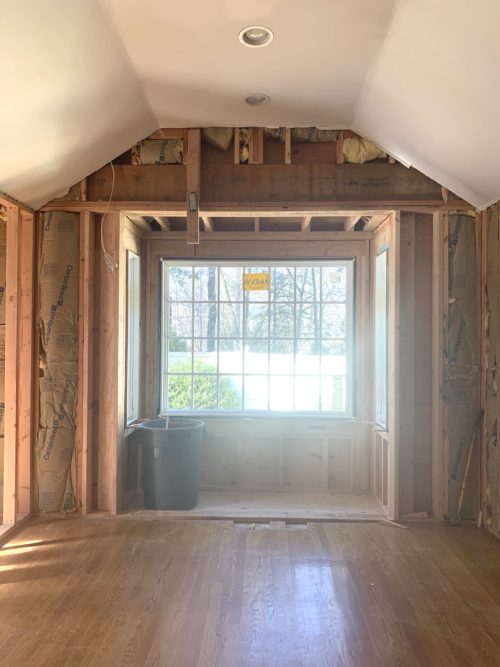 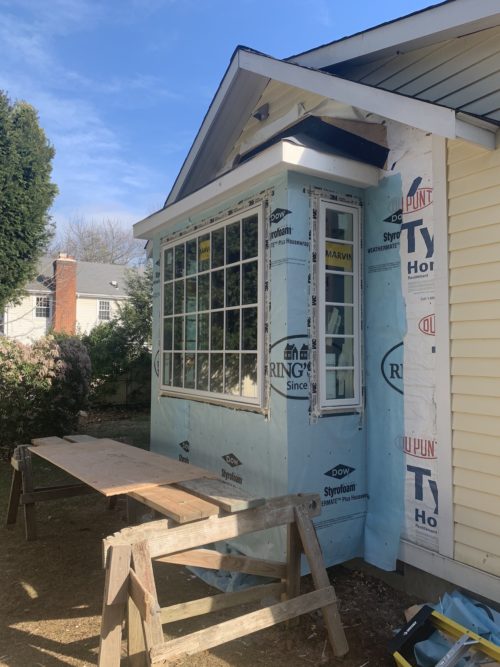 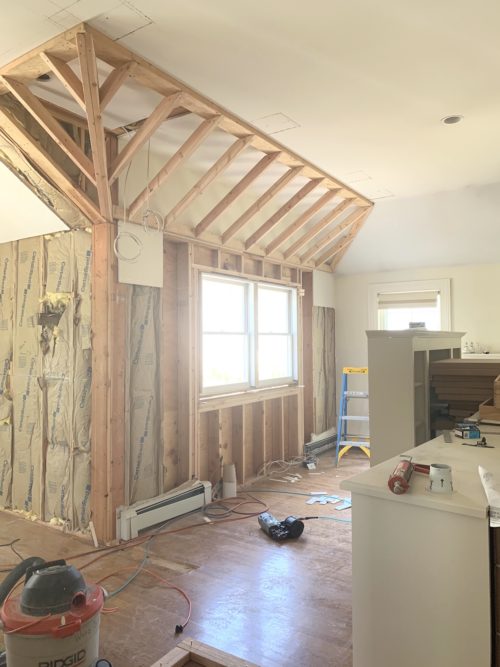 The day the windows went up in the kitchen was a very exciting day! The two narrow windows will be on either side of the hood and the double windows under the sloped ceiling were cut out and recycled from our sunroom. 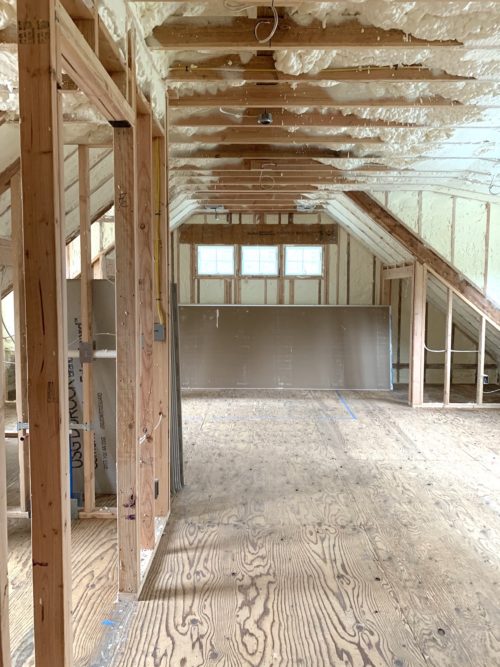 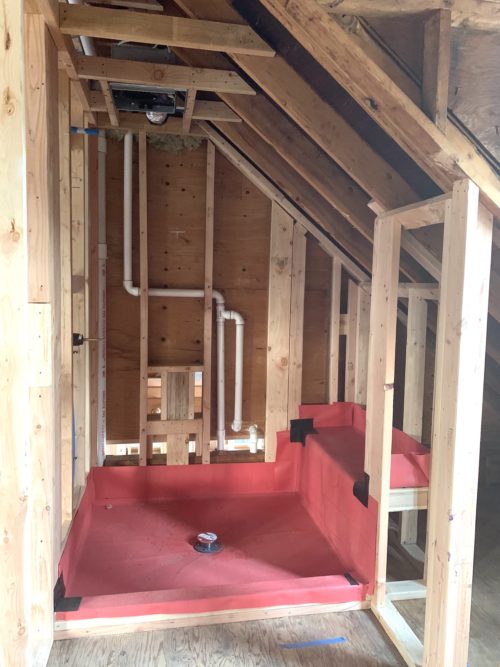 While each construction zone is totally sealed off from the part of the house we’re living in, we stayed at my parents’ house down the street (the ABC girls have been home since March 12) for a few days after the insulation went in just to be safe. You can see the shower in my parents’ future loft space taking shape above! 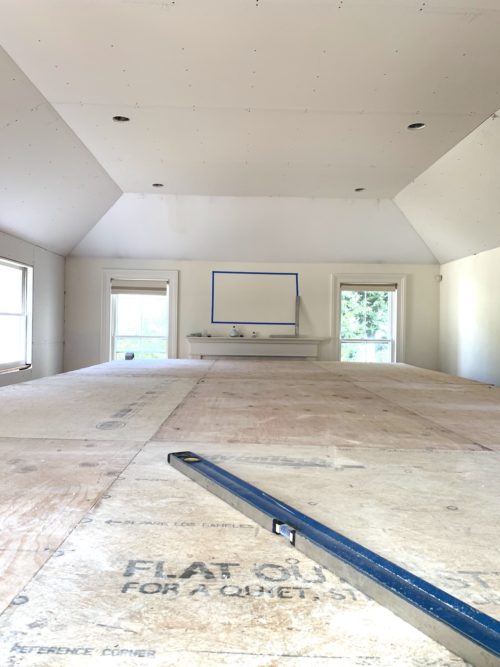 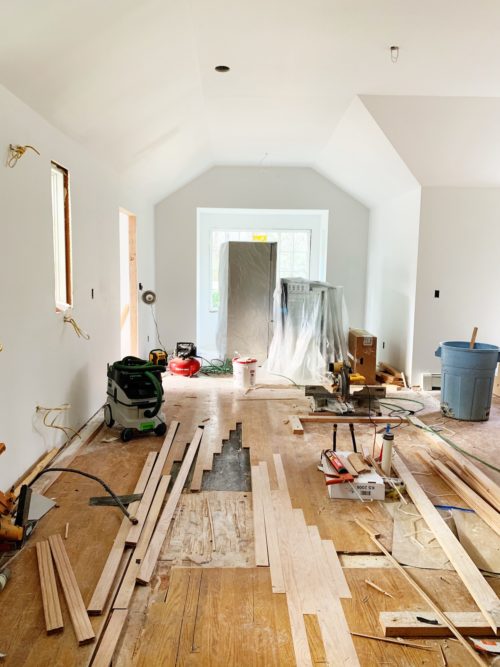 First glimpse of the new kitchen ceiling! After sheetrock and then again after taping. 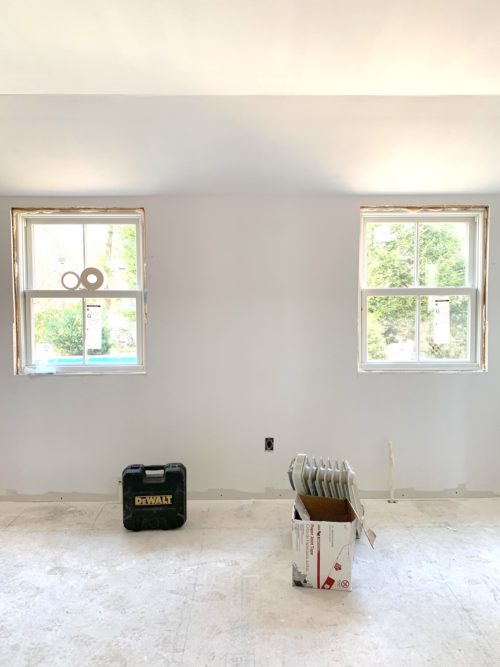 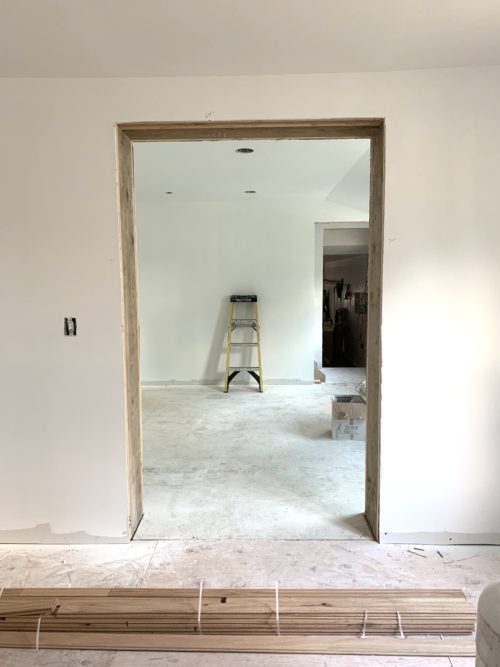 They finished the sheetrock and taping in the mudroom and loft as well. Above is the back wall of the mudroom and the view from the playroom (where the double windows now in our family room off the kitchen used to be) looking into the future mudroom. 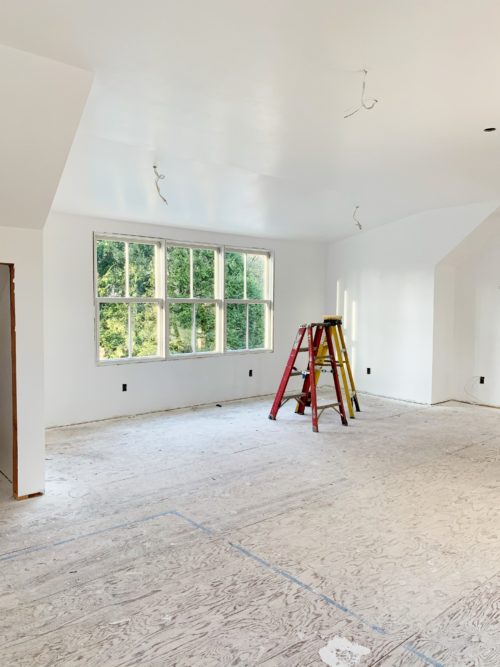 We had a ton of white paint left over from our projects last summer and decided to paint my parents’ loft above the garage to save a little money! Will watched Teddy while my mom, my brother Camden, and I got up two coats over the weekend. The paint color is Behr Ultra Pure White in a satin finish on both walls and ceiling and I think we now have it in six different rooms in our house. If it ain’t broke… 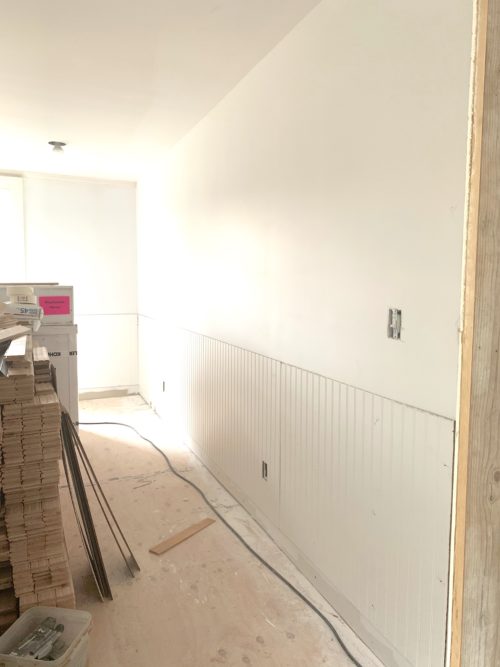 While we painted, my dad and my brother Grayson put up beadboard in the playroom between the mudroom and our living room. They used the same beadboard that my dad put up in Teddy’s nursery last summer and you can read a little about the steps he follows in this post. We’re wallpapering the playroom to break up the white walls in the living room and mudroom on either side of it and the beadboard massively cuts down on how many rolls of wallpaper we need. 👌🏻

Over the next few weeks they’ll be installing cabinets in the kitchen, putting wood floors in the playroom/mudroom/loft, and working on exterior siding and trim. You can follow along on Instagram for more updates!